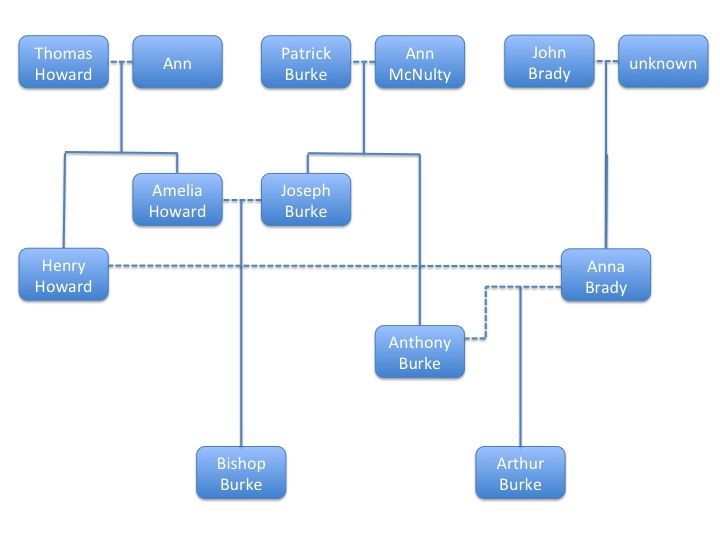 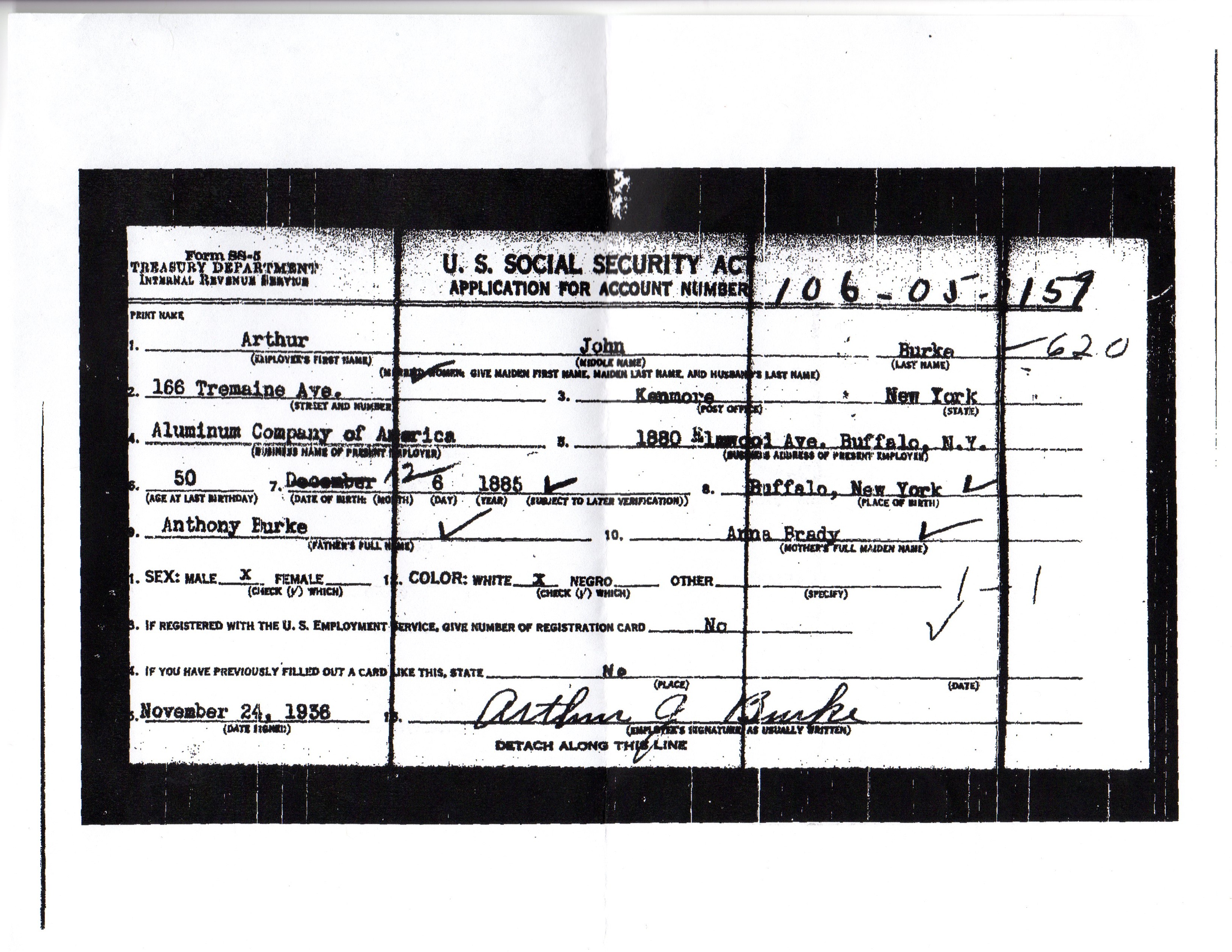 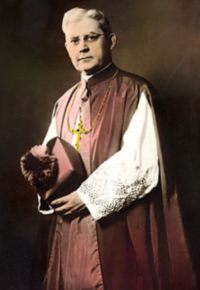 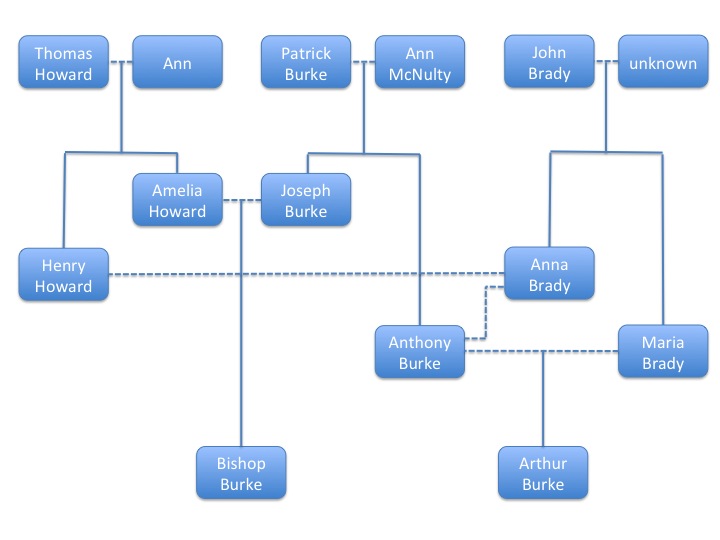 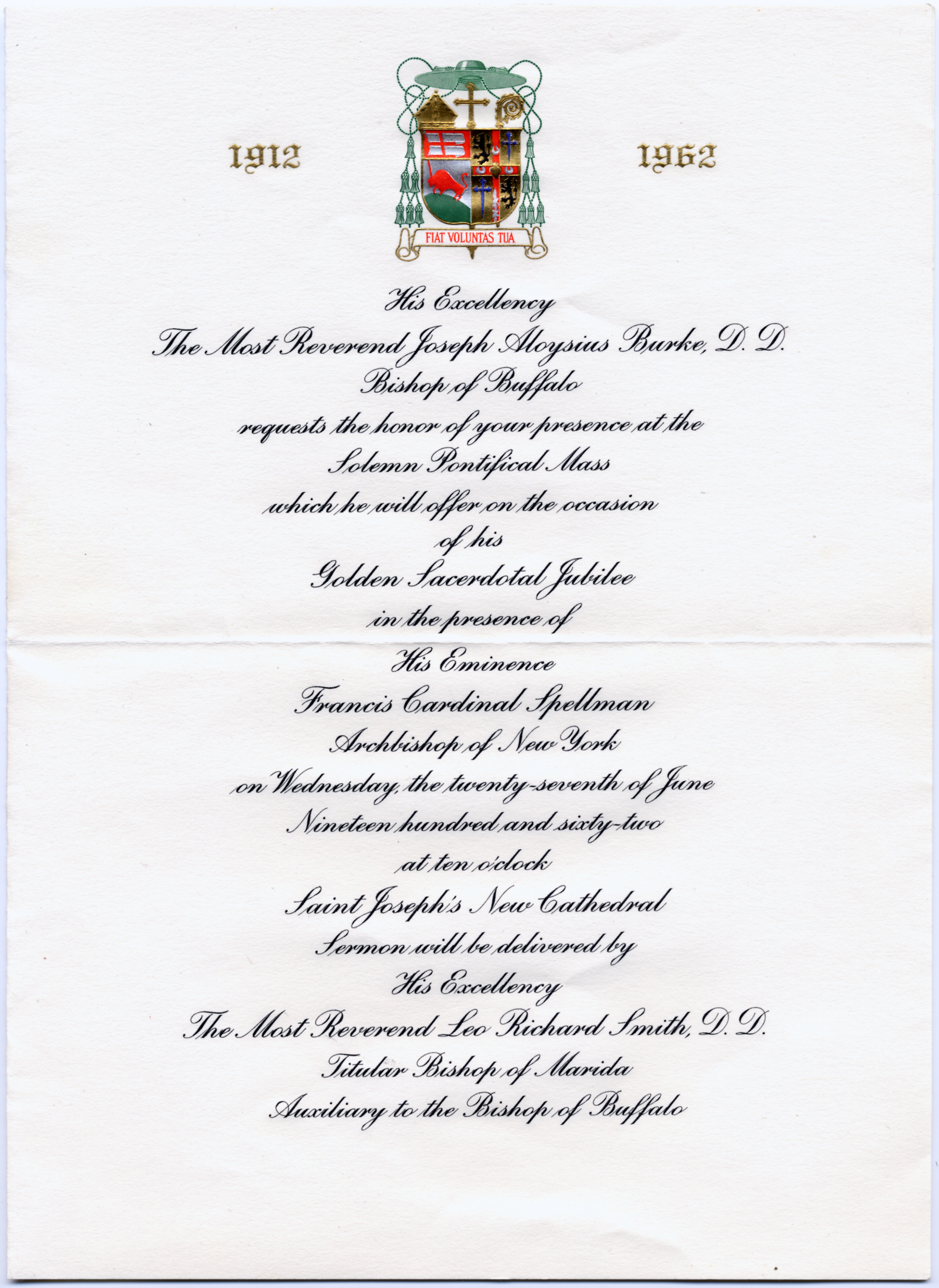 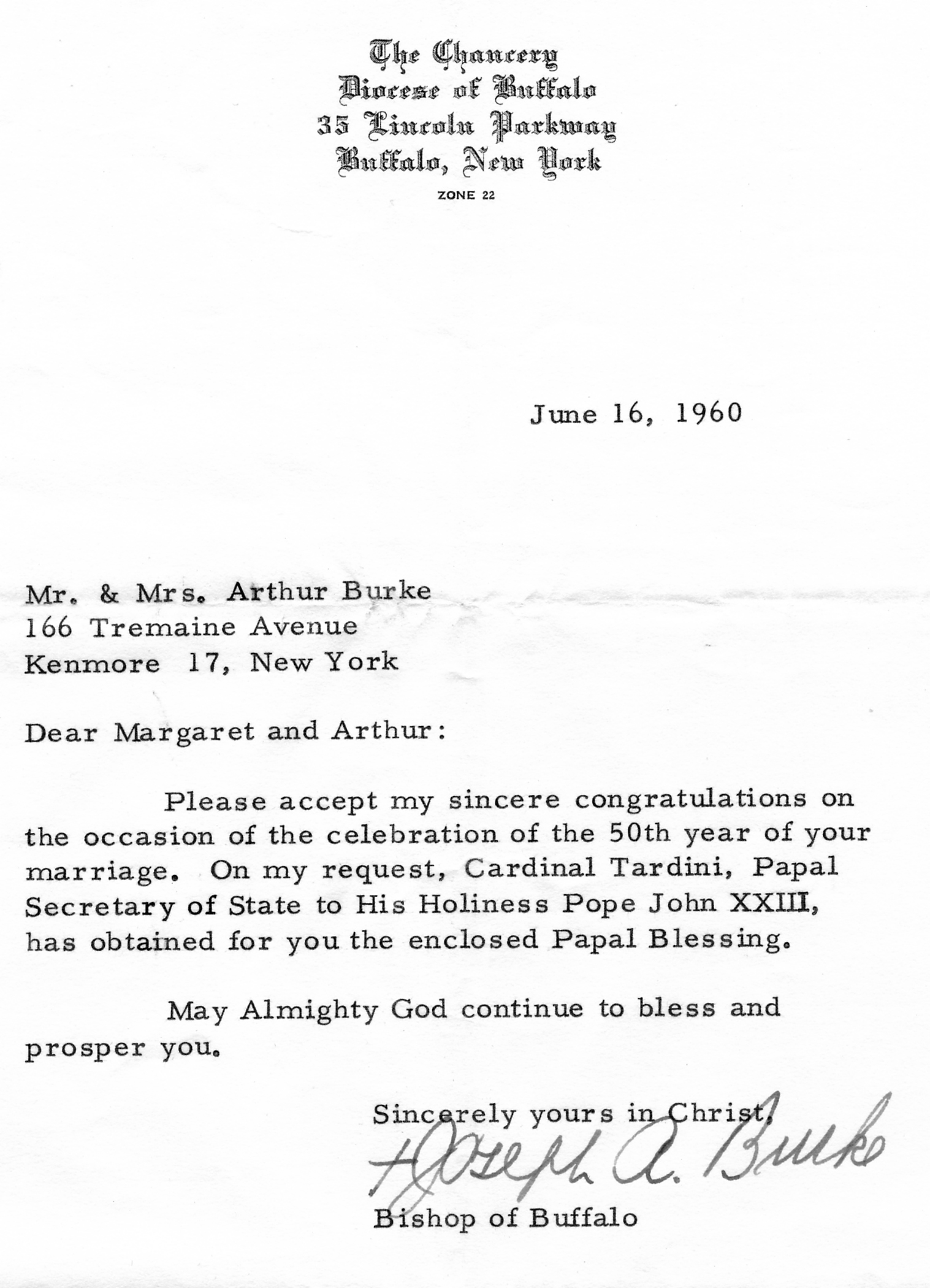 That Laura Sullivan was born Laura Howard, daughter to Anna Brady and Henry Howard, based on her death certificate. Anna Brady married and became Anna Howard and gave birth to her daughter Laura Howard in 1873. Hence her being listed as "mother-in-law" on the census.

One likely possibility is that Anna Brady and Maria Brady were sisters. Anthony married Maria and they had Arthur, my great-grandfather. Maria died while Arthur was still a child. Anna's husband Henry must have also died young. Then Anthony married his sister-in-law Anna, his decreased wife Maria's sister. Following tradition, she would have retained her married name and been known as "Anna Howard" when she married my great-great-grandfather, even though she was born Anna Brady.

So the "stepson" on the 1905 NY Census for my great-grandfather is for his relationship to Anna, not his relationship to Thomas. And he is a brother-in-law of sorts to Thomas – more of a step-brother-in-law. That would help explain my mother's claim that "two brothers married two sisters and then two of them married each other when their spouses died". It's not quite that, but the story makes some sense.

It is possible that Maria Brady and Anna Brady are the same person, not sisters – as in, Maria Anna Brady first married Henry Howard and then married Anthony Burke. That seems unlikely to me given the story my mom told about the Burkes. And it does not jive with the "stepson" notation on the 1905 census. But until I find birth, marriage, and death certificates for Maria Brady and Anna Brady, this will need to remain a possibility.

Oh, and I believe that the Mrs. Anna Fleming, listed as informant, is Anthony's sister Anna G. Burke, who died in 1962. Given that Anthony died at 81 years old, Anna must have been both a lot younger than Anthony and died very old. Also, assuming this is his sister, then there is very high confidence about the parents names (Patrick Burke and Ann McNulty); Joseph Burke's death certificate listed Patrick but the mother was unknown. 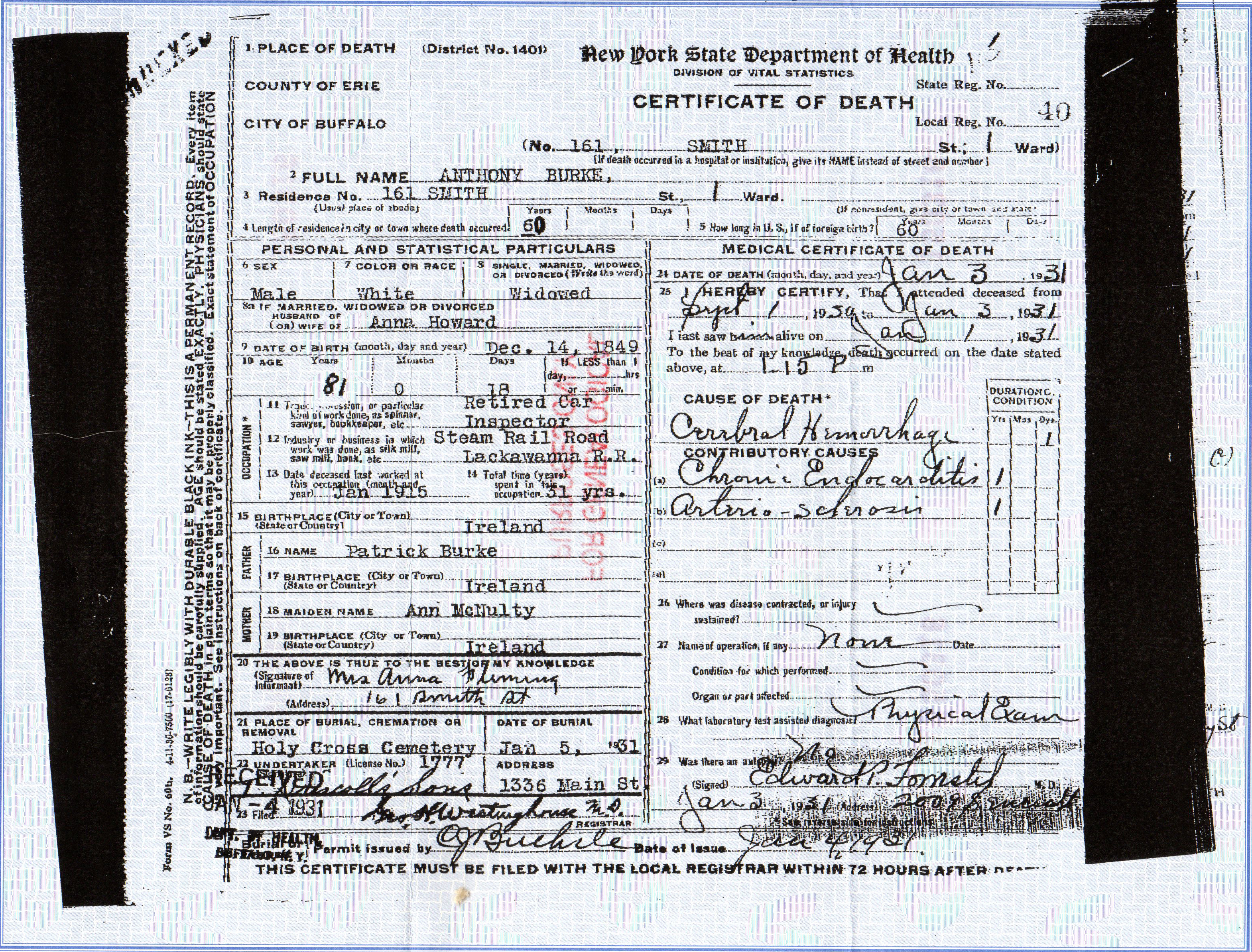 I went to the Buffalo library downtown and searched for obituaries. I found one for my great-great-grandfather, Anthony Burke.

He died 2 Jan 1931. His wife predeceased him and her name was Anna. It's still unclear if her name was Maria Anna, since "Maria" was the name on Arthur's birth certificate, or if Anna was his second wife and Maria was his first wife (and if the two of them were sisters). One sibling was Anna (Fleming), who was still alive at the time of his death, and could have possibly lived until 1962 (Anna G. Burke). Siblings who died before him were Patrick, Peter, Joseph (probably the father of Bishop Burke), Michael, Jane, and Mary.