I knew my grandmother’s birth date. I was fairly sure that she was born in Sicily and came to the US as a little girl. I did not know my great-grandfather’s first name. He died when I was 5 years old. I remember my great-grandmother very well. She died when I was 19. I knew she went by the name of “Mela” and I thought that her maiden name was Parisi. The Millonzis came from a town in Sicily called “Montemaggiore”. But I knew little else.

With my monthly membership to ancestry.com in hand, I do a search for the Millonzi family.

I see that my great-grandfather’s name is Rosario. It was incorrectly transcribed as Rosaria, a female name. So I submit a correction. It lists his age as 34, born abt 1886.

My great-grandmother’s full name was Carmela. Born in 1892.

My grandmother’s birth name was Rosaria. The diminutive for a small girl would be Rosarina. So that’s where Sarina came from. It says she was born abt 1916. But I know she was born in 1915.

Now I learn that my great-uncle Iggy (Ignatius) was also born in Sicily. He was only 1 month old. With a crossing to the US by ship taking a couple of weeks, either my great-grandparents immigrated with a newborn or he was born on the ship coming over.

It’s humbling to imagine my own family coming through Ellis Island. My great-grandparents, speaking no English at all, with my 4 year old grandmother and my infant uncle. They’re heading to Buffalo to join my great-grandfather’s brothers who came to the US years before. 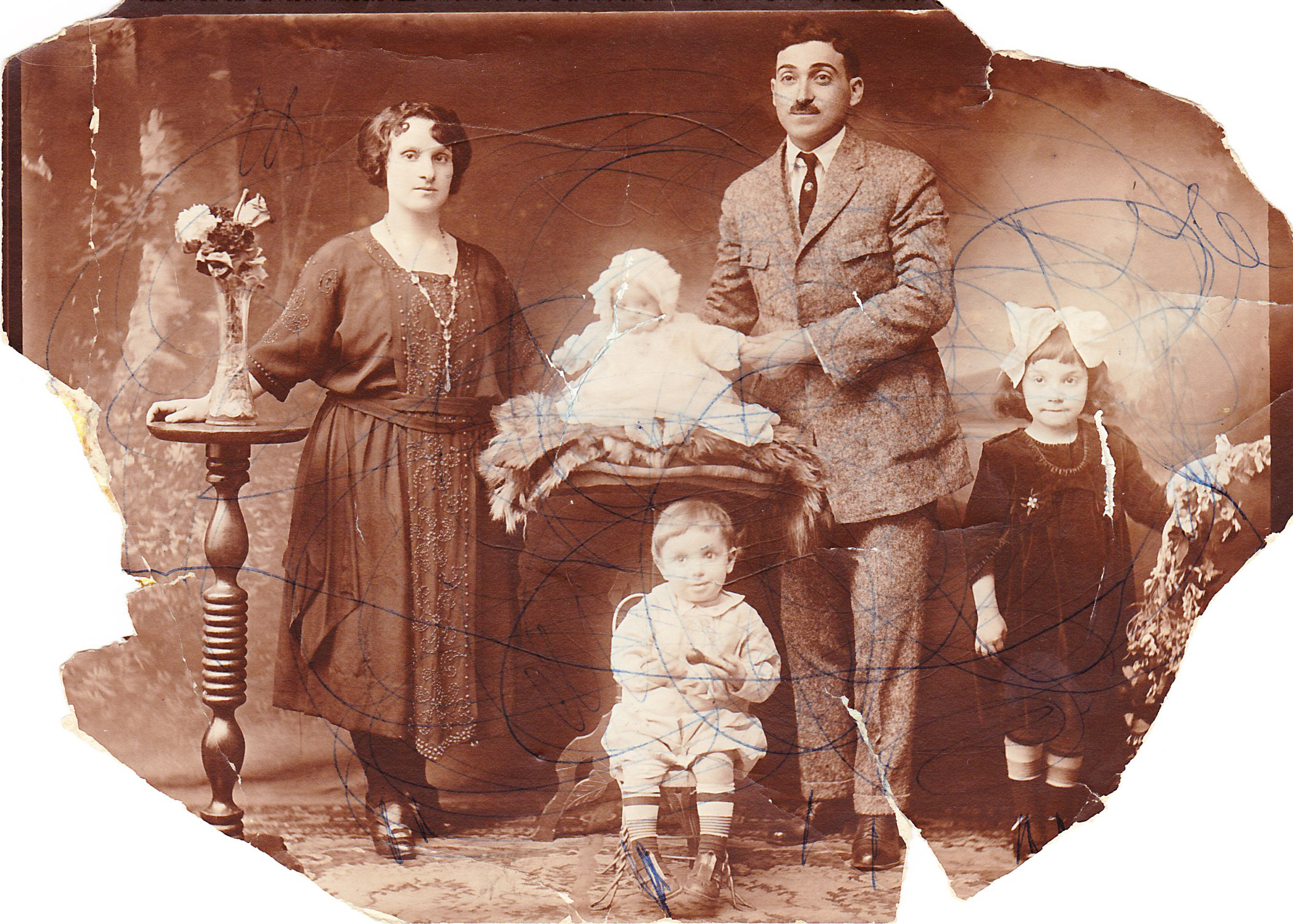 My father thought that his grandfather died when I was little, so I figured that was probably the late 1960’s or early 1970’s. But I had nothing else to go on. I knew his name, I thought I knew where he was from, but I didn’t know his birth date, death date, or the name of my great-grandmother.

Having heard about ancestry.com, I thought I might give that a try. After creating a free membership, I did a search for “Angelo Palmeri” and “Buffalo” and some matches came up. With a free membership, ancestry lets you see the 1930 census but not much else. You need to pay to see more.

There he was. It’s cliché, I know, but I got chills seeing my grandfather and great-grandparents listed right there on a census record taken 80 years ago. Anyone who does genealogy knows that feeling. If for you these are just old lists of dead people, then you don’t do genealogy. For me, I had a new hobby.

Listed next to him was my 18 year old grandfather, Joseph Palmeri. I knew from my dad that he was an only child. Now I had a rough idea of my grandfather’s birth year. He was 18 years old in 1930, so that would mean he was born around 1911-1912. I also see that my grandfather was born in the United States.

And there was my great-grandmother. Mary. Now I had a first name. No last name. But that was something at least.

And oddly, right above them was a whole bunch of other Palmeris. Charles and Barbara and bunch of kids. Not only were they neighbors, but they were living in the same house. I knew there were a lot of other Palmeris in Buffalo and that we were somehow related to them, but I never knew how. So I call my dad. He says “Oh yeah, that’s uncle Chuck and Aunt Barbara. My grandparents lived in the same house with them. Don’t you remember going to their house when you were little? They had a big staircase with a really cool banister. You used to love it when I made you slide down it.” I had a vague memory of some house with a staircase and an old man giving me jelly beans, but nothing else. When my dad said that was probably when I was 2 or 3 years old, it made sense that my memory was so sparse. And I never heard of an uncle Chuck and Aunt Barbara until now.

My dad told me that these Palmeris were more than just cousins. Charles (Calogero in Italian) and Angelo, two brothers, married two sisters (Barbara and Maria). My dad tried, but he couldn’t really remember their maiden name. Maybe it was something like “Gembrone”, but that was the best he could do. Maybe someday I could find a relative of Charles and Barbara and find more information about the “Gembrone” family.