I found the marriage record for my great-great-grandparents, Giuseppe Giambrone and Giuseppa Amico, from Serradifalco, Sicily.

My great-great-grandparents, Giuseppe (Joseph) Giambrone and Giuseppa (Josephine) D'Amico Giambrone were buried in the United German and French Cemetery in Buffalo, NY. Both were buried in Section 18. I knew that Josephine died before Joseph and that it was probably before 1920 based on her absence from the census record. From the cemetery records, I learned that she died on 18 Mar 1919 at 51 years old age. 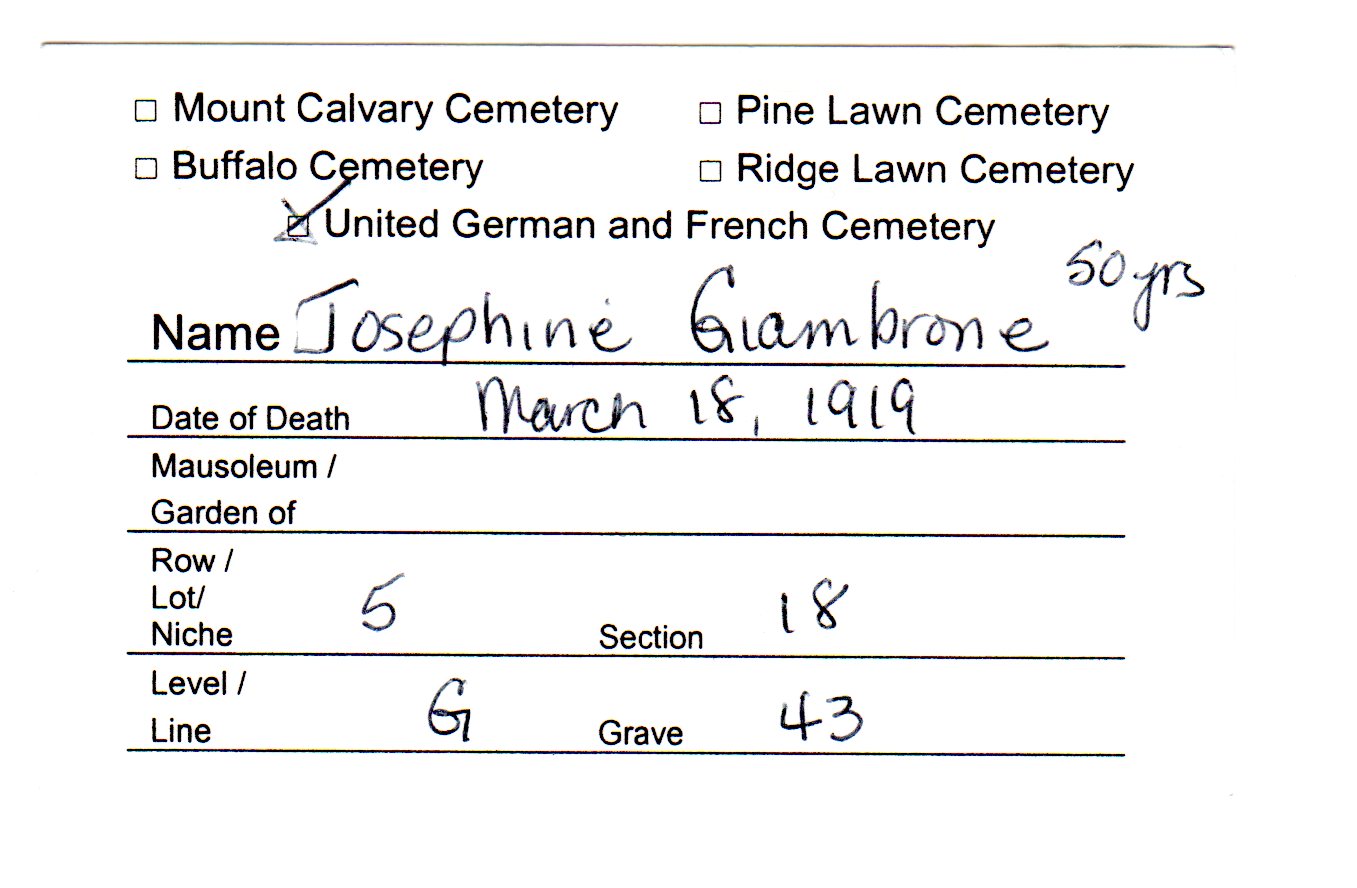 From the gravestone, I also see that my great-great-grandmother was D'Amico, not Amico. Or perhaps it was spelled both ways? 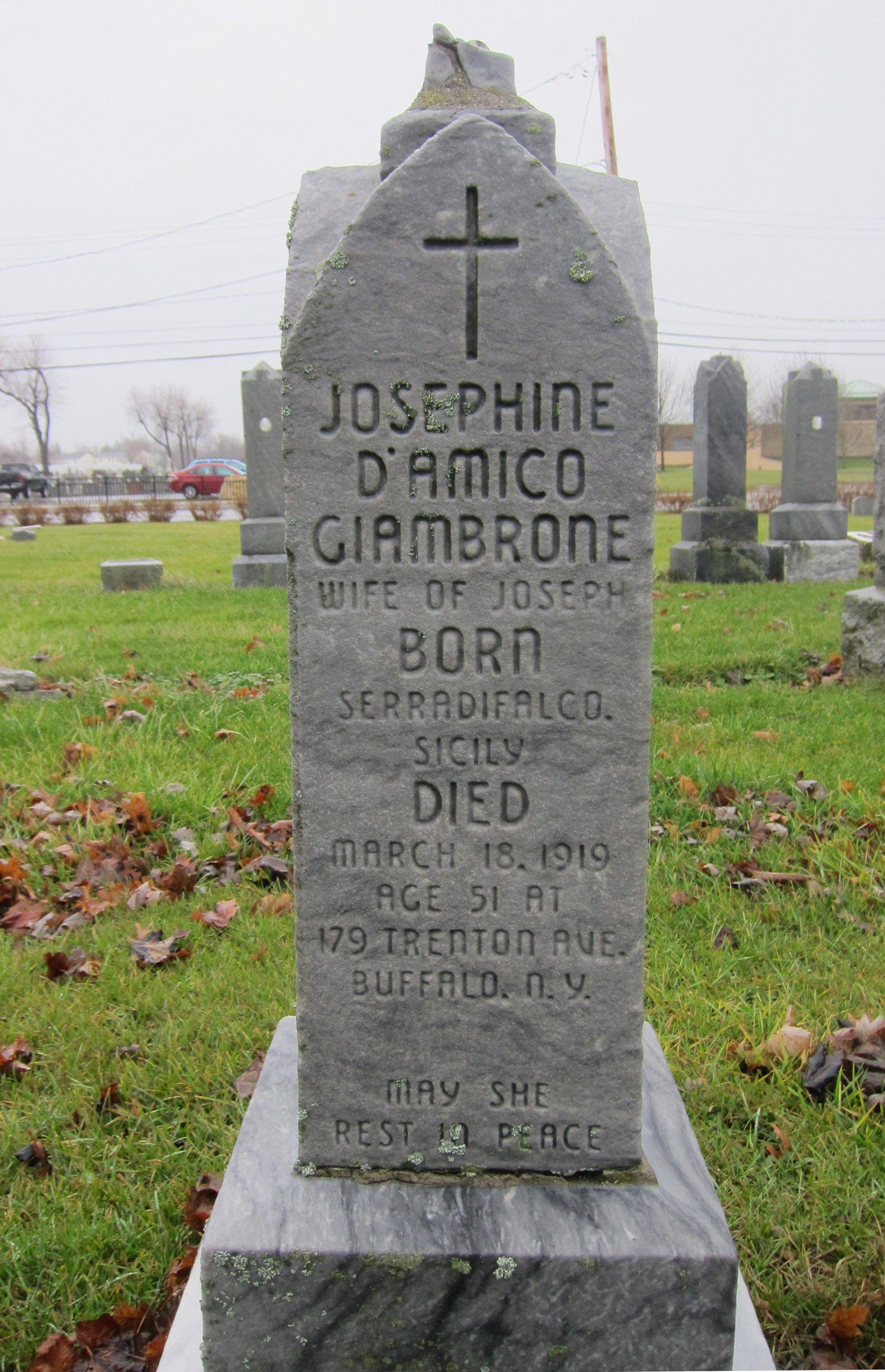 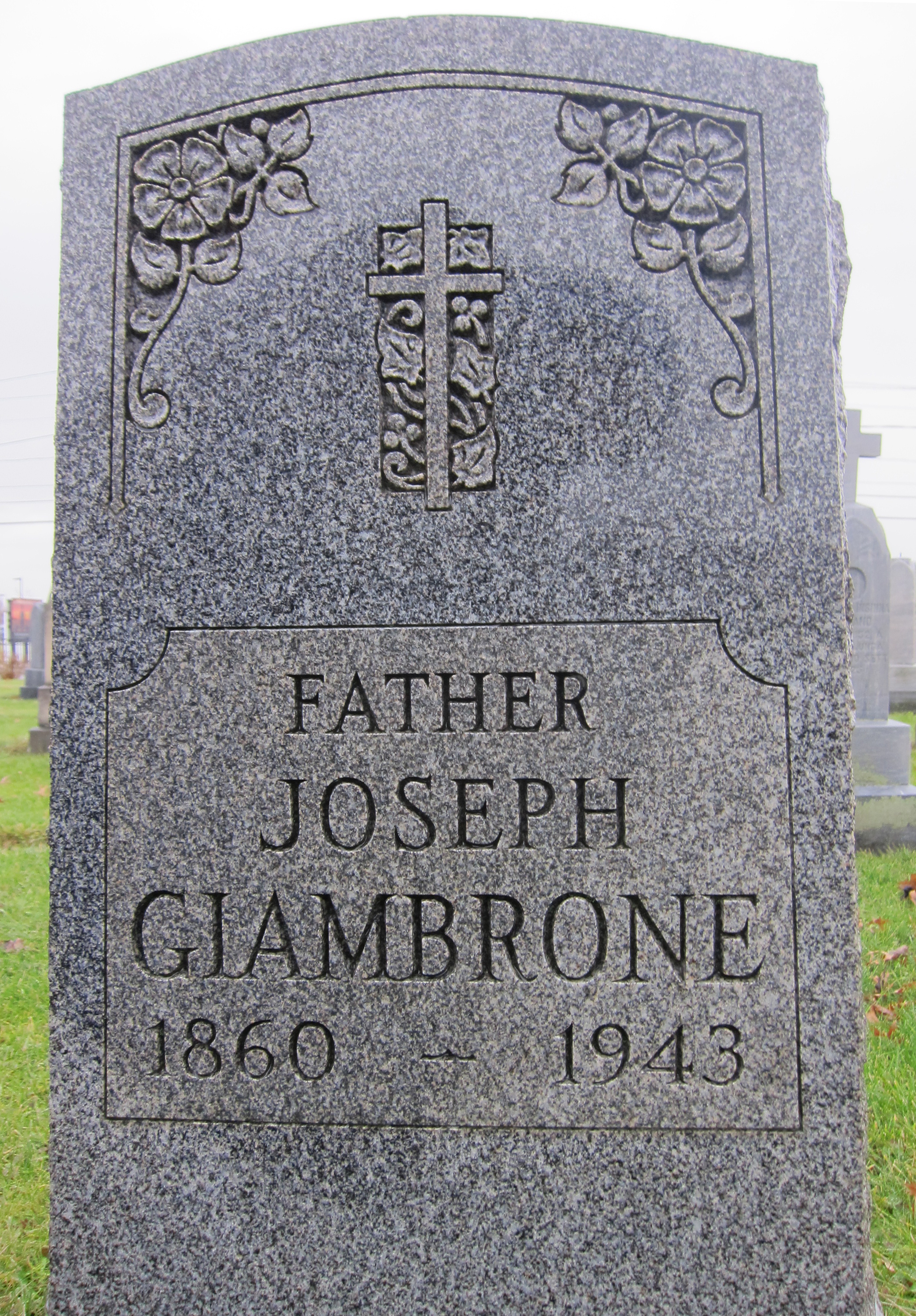 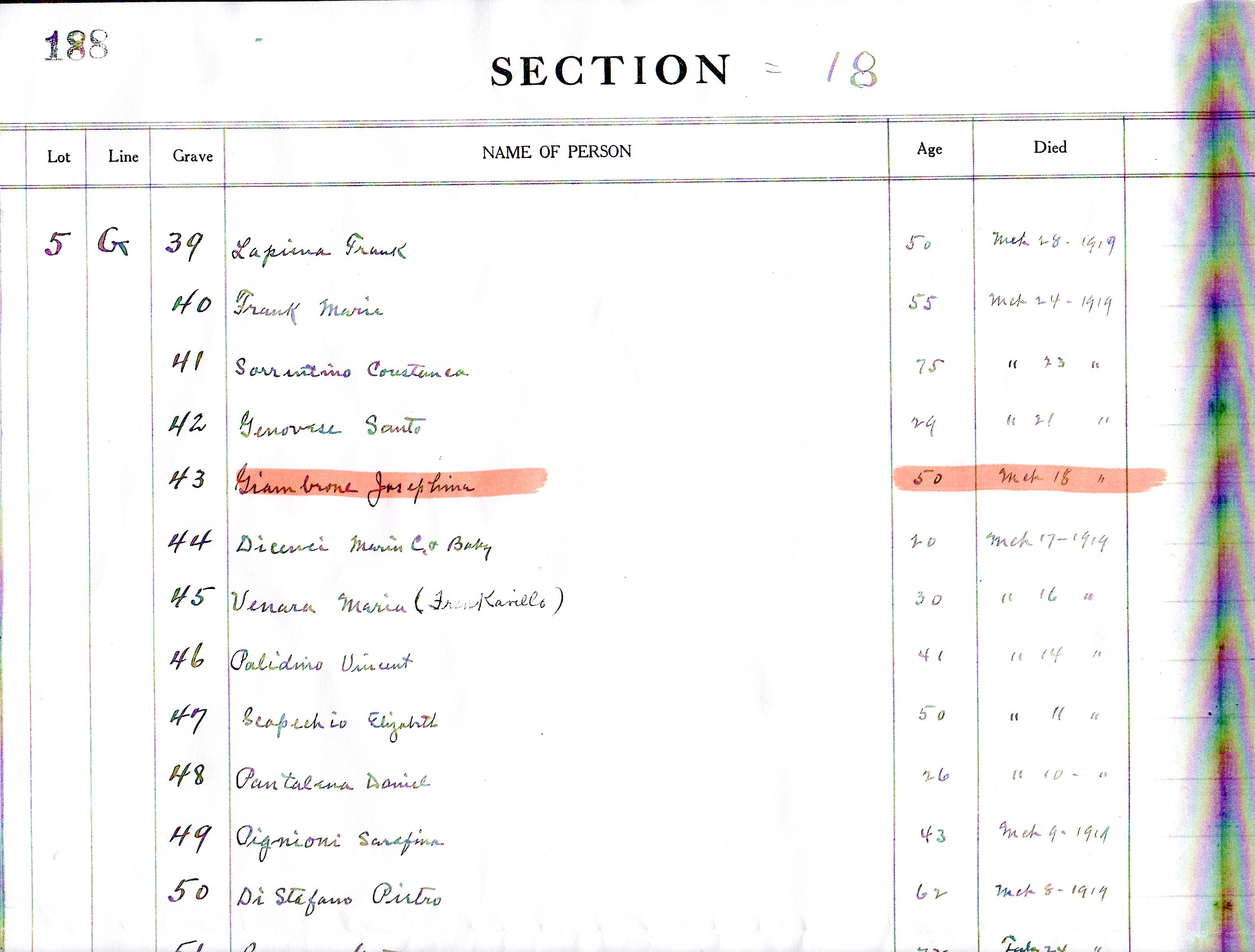 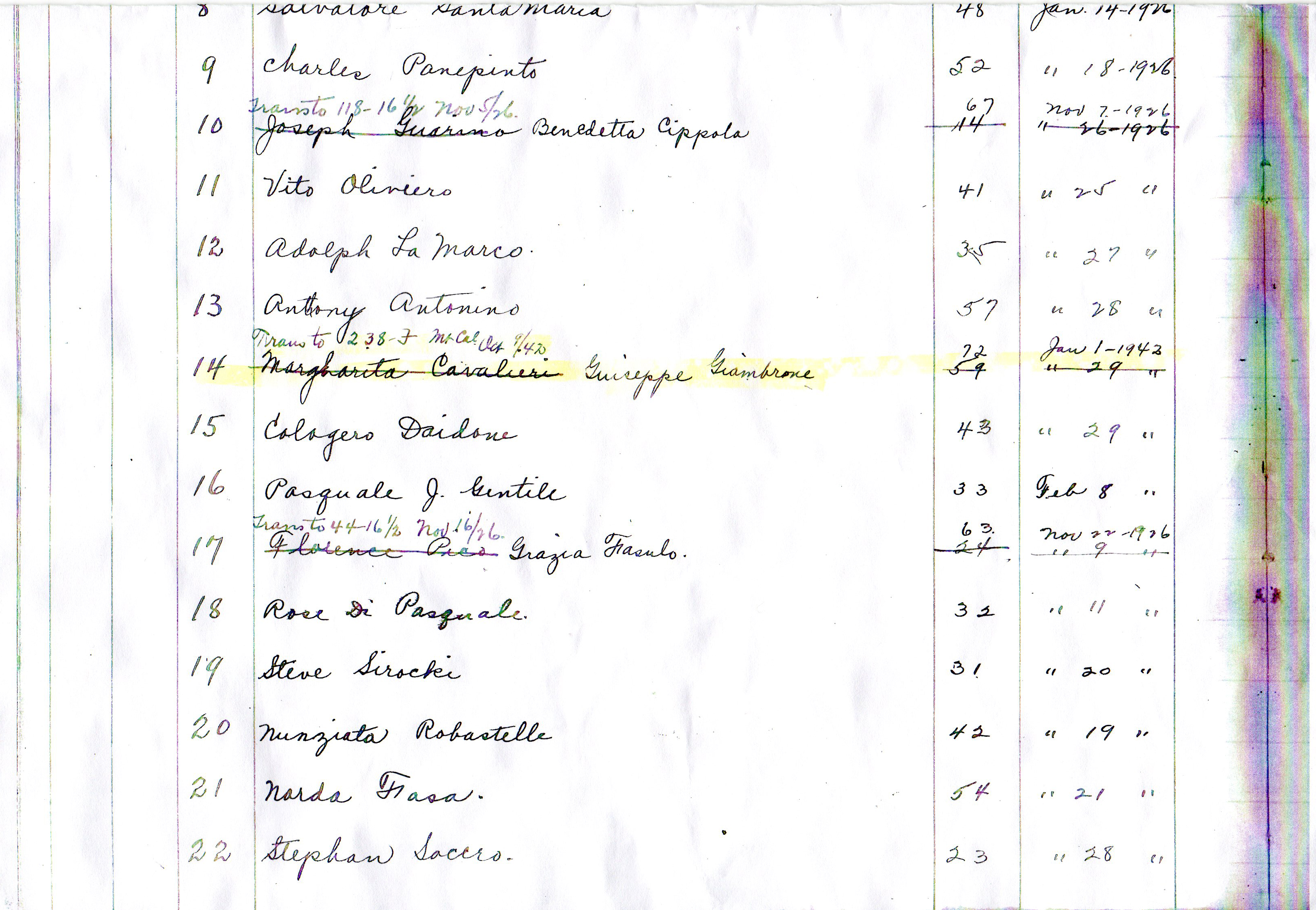 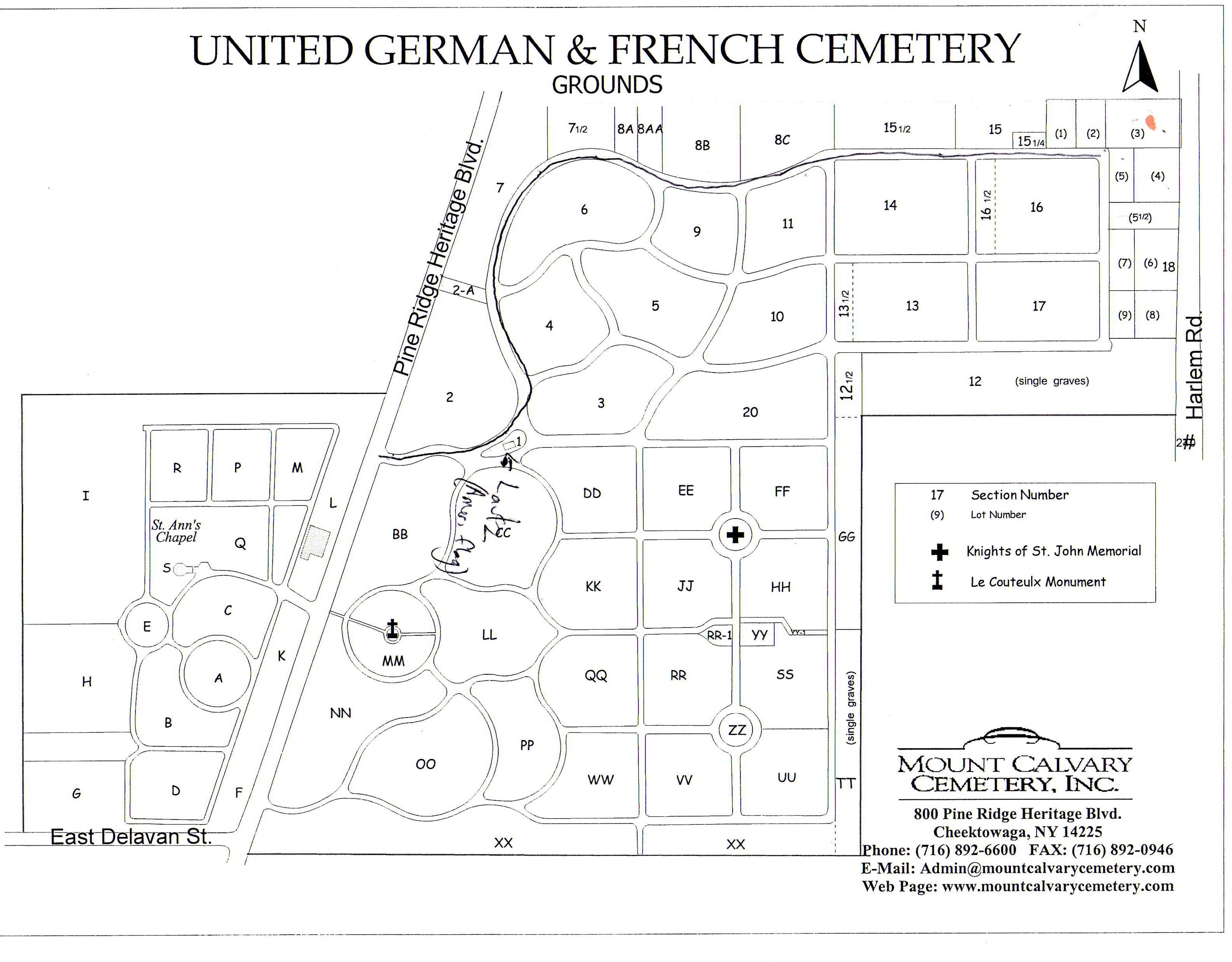