Another one of my wife's great-great-great-grandparents, Isaac Zellers (1840-1912), also fought in the Civil War. He was in Company D of the 150th Pennsylvania Volunteers. After mustering near Harrisonburg in 1862, they were guard troops for President Lincoln, fought at Chancellorsville and Gettysburg. Isaac Zellers was injured at Gettysburg and spent the rest of the war in the hospital.

Wounded at Battle of Gettysburg, July 1 1863 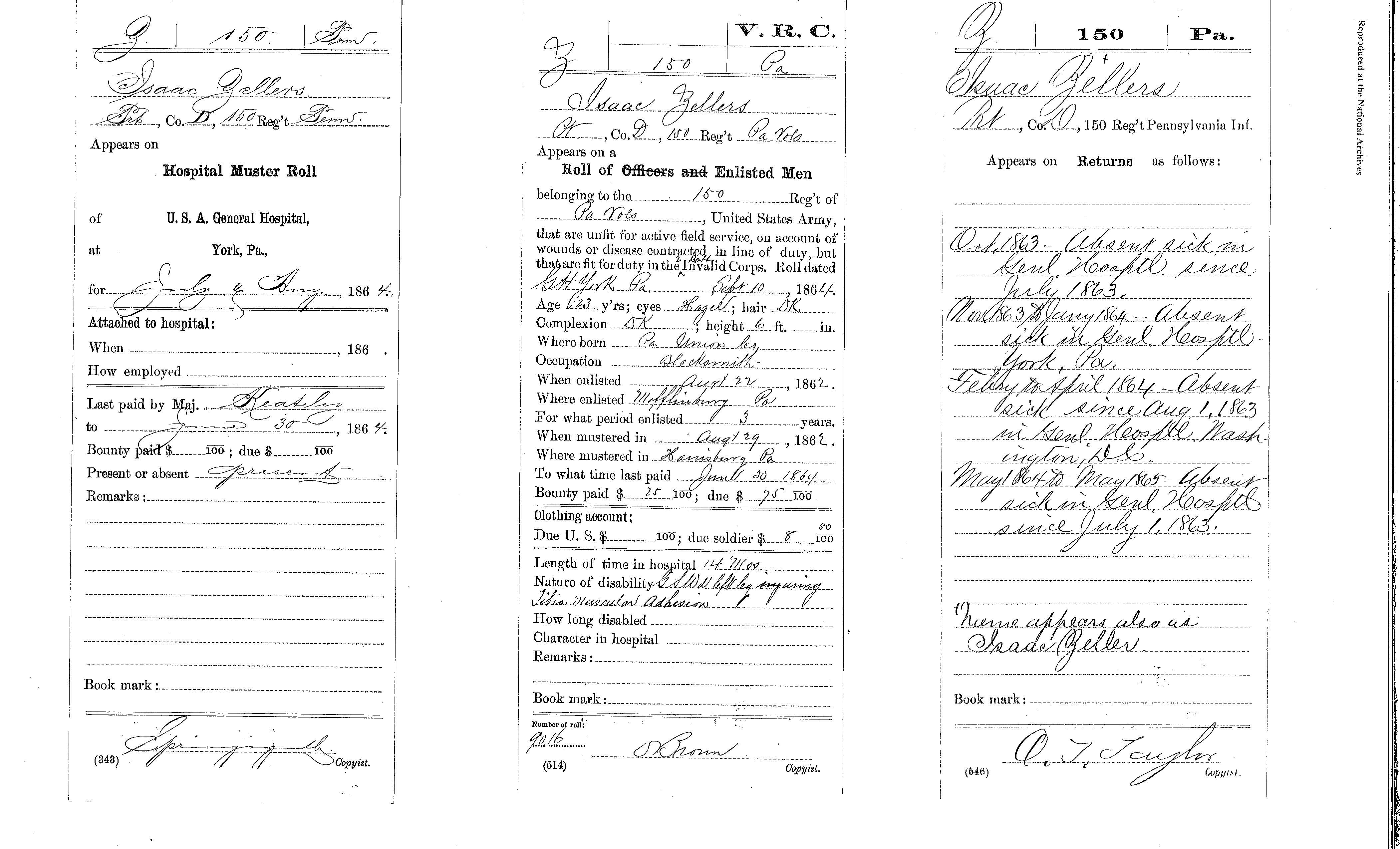 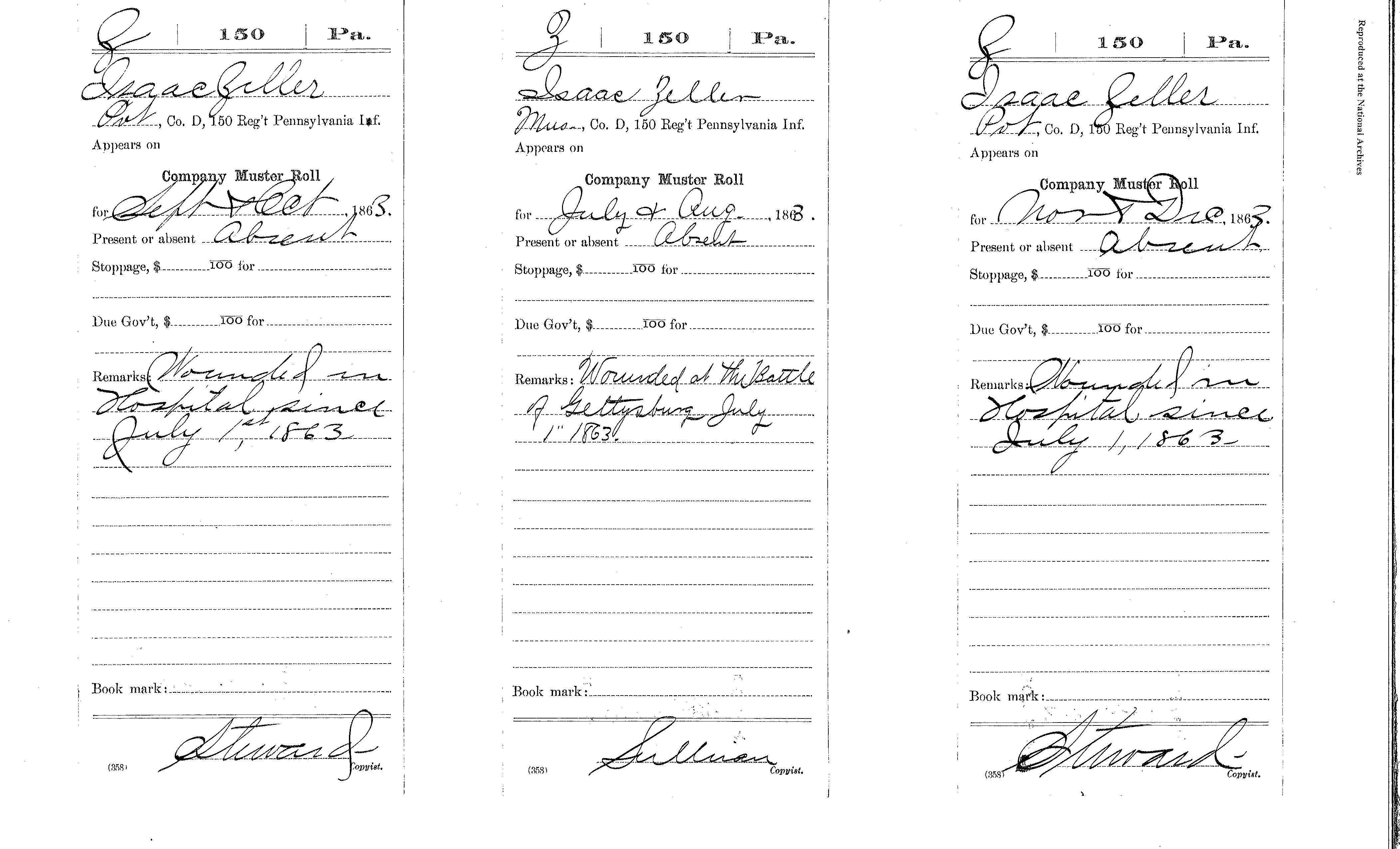