Received baptism from my great-grandmother, Anna Cruice. She was born 22 Apr 1886, baptized 2 May 1886 at Annunciation Church. From this record, it appears that the name could be spelled Cruice or Cruise. And my great-great-grandmother is Brigetta Sweeney (I've had Bridget).

Annunciation is now Our Lady of Hope in Buffalo. 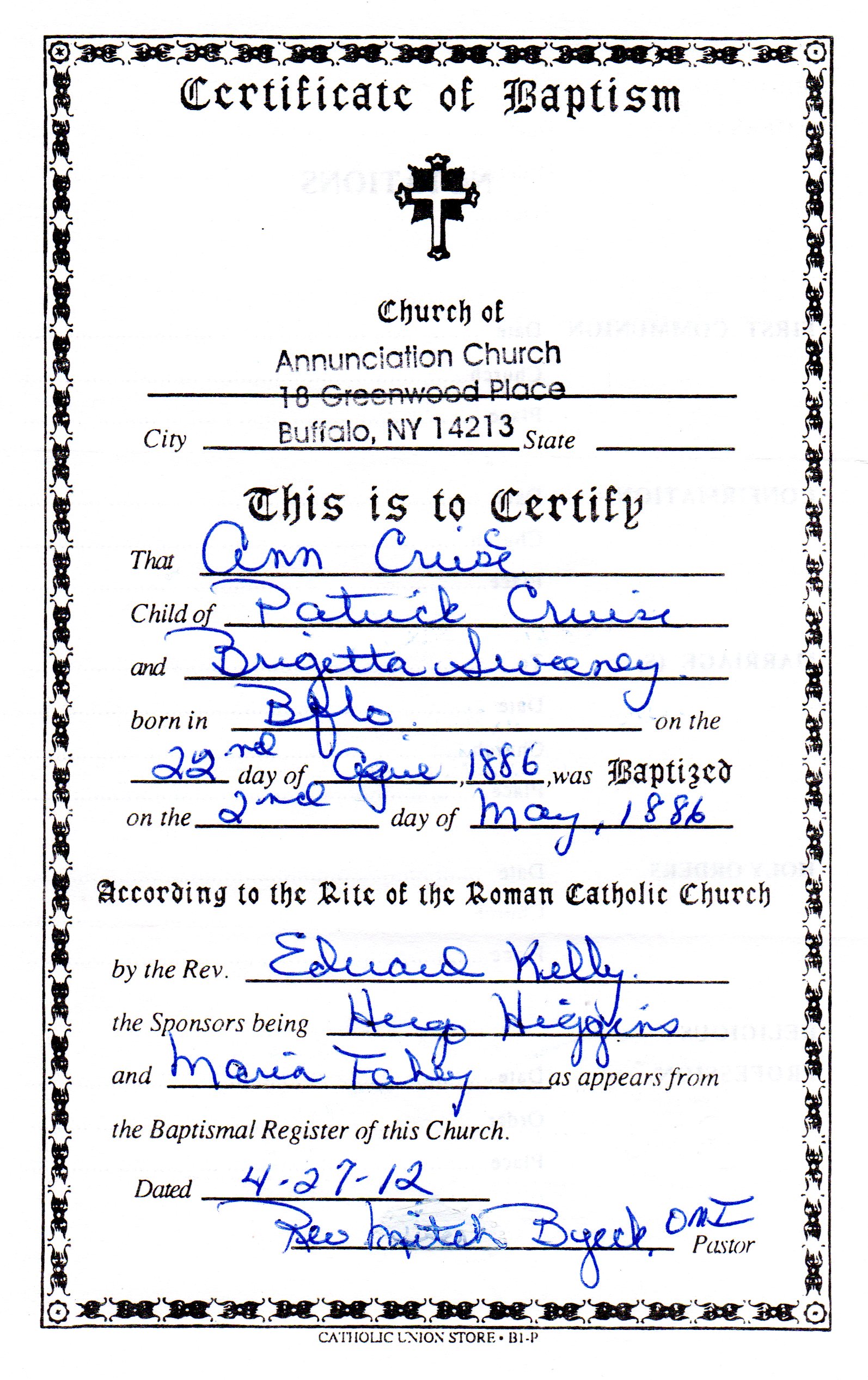 I had mailed St. Anthony's church in Buffalo to ask if they had a record of my great-grandparents' marriage (turns out they were married in Pennsylvania). While they (of course) didn't have that marriage, they did tell me that they had the baptism record for my grandfather.

Joseph Palmieri (Josephum in Latin, "Palmieri" instead of "Palmeri" as he was erroneously named) was born 2 Oct 1911 and baptized 8 Oct 1911 in St. Anthony's R.C. Church in Buffalo. His godparents were his uncle, Pietro (Petrus) Palmeri (Palmieri), and Pietro's wife, Giuseppa (Josephine in English, Josephia in Latin) Baglio. My great-grandfather, Angelo Palmeri, immigrated to the US with Josephine Baglio, joining her husband, his brother, in Yatesboro Pennsylvania, were Angelo and Maria Palmeri were soon married after Maria immigrated a year later. 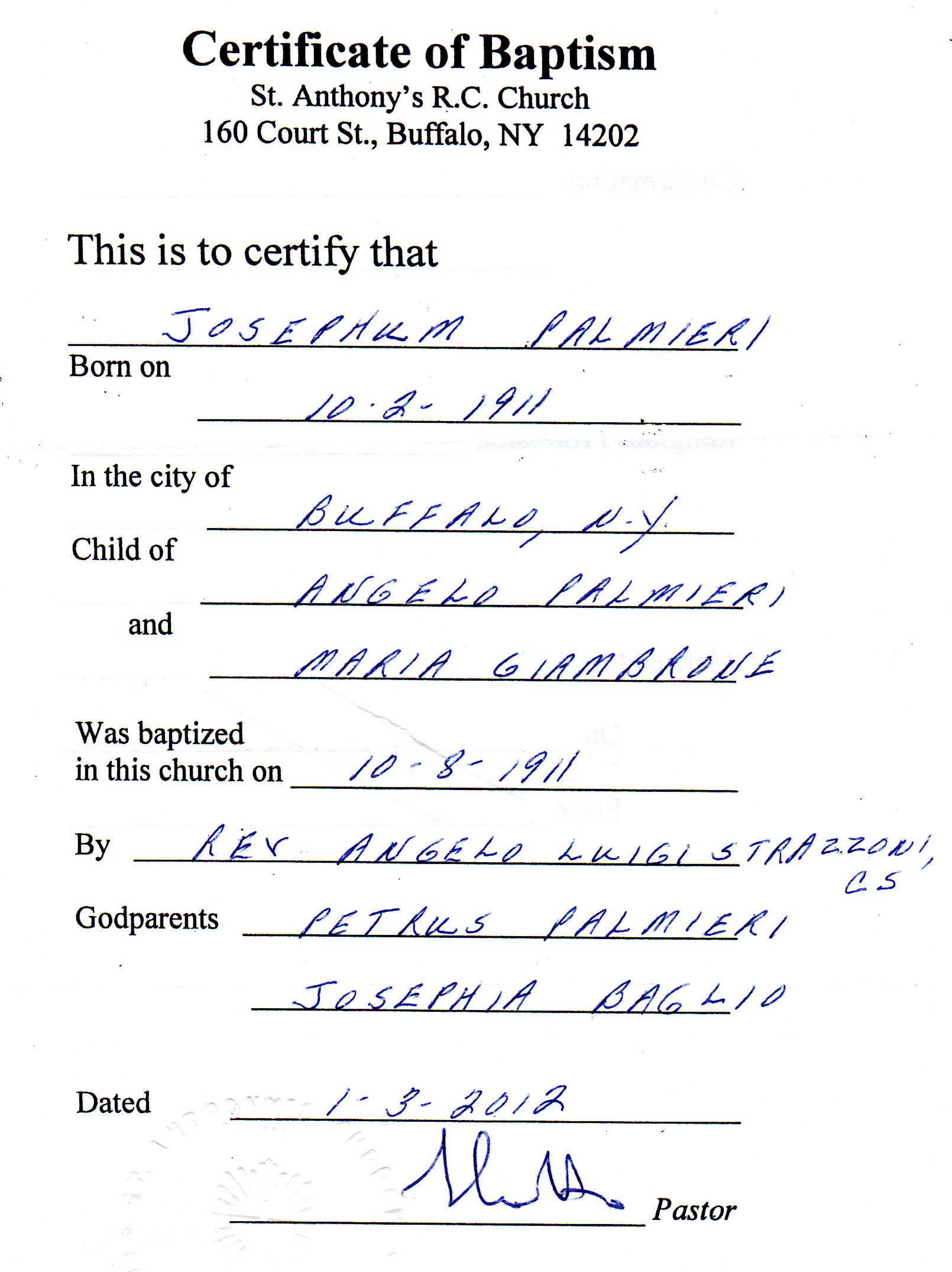