No luck getting birth certificates for my grandfather and my mother from the NY State Department of Health.

Both birth records require a court order. Ugh. That can be done. But what a pain.

Here are the dual citizenship guidelines from NYSDOH: 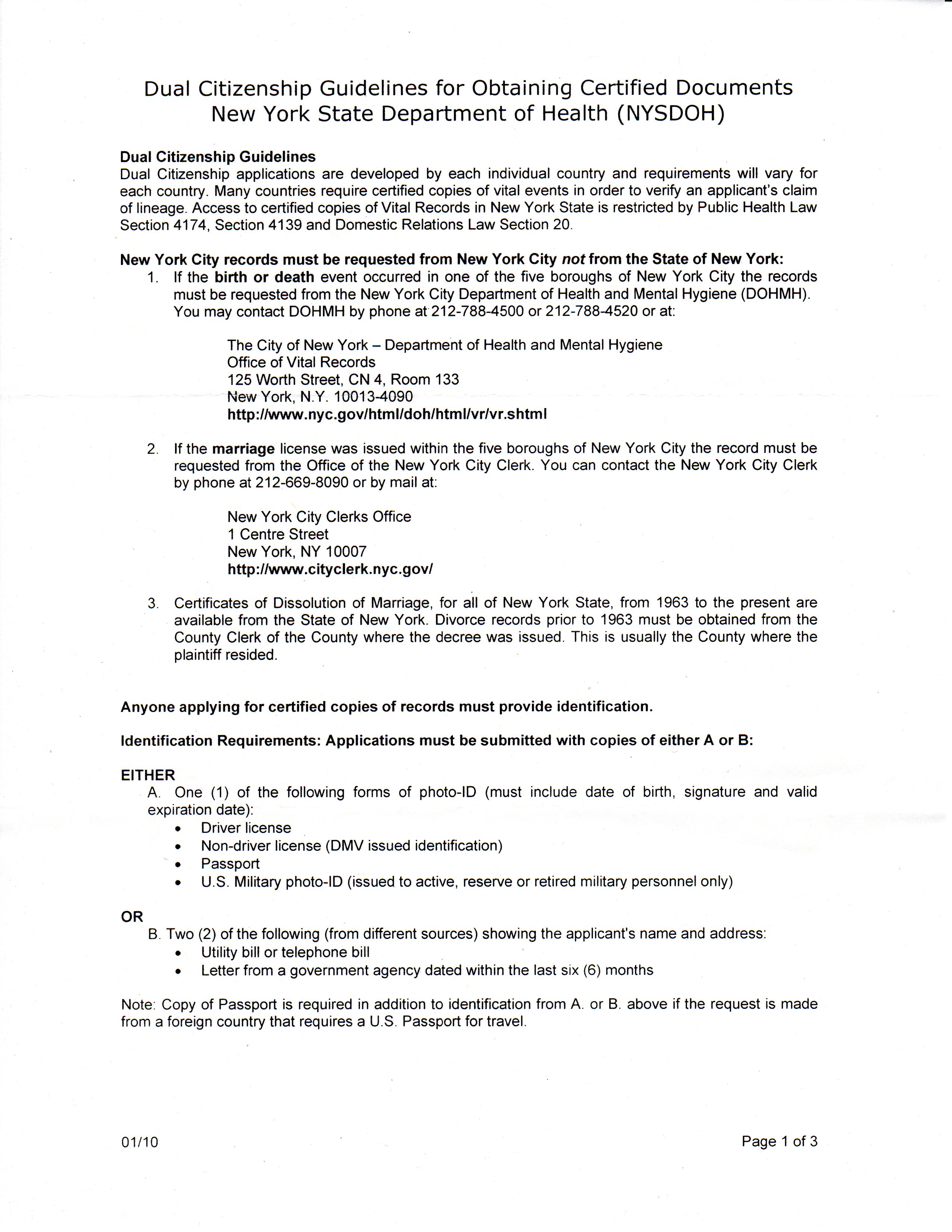 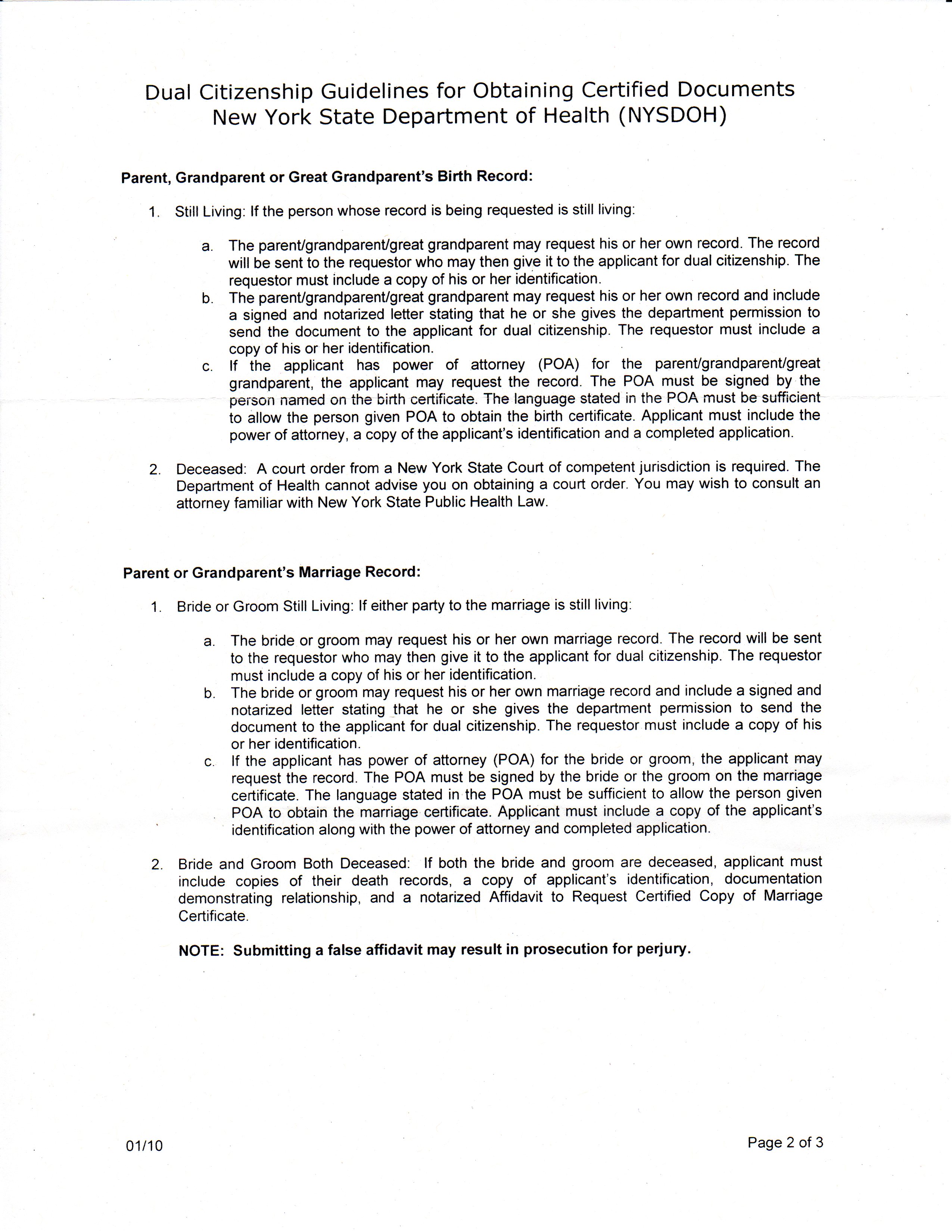 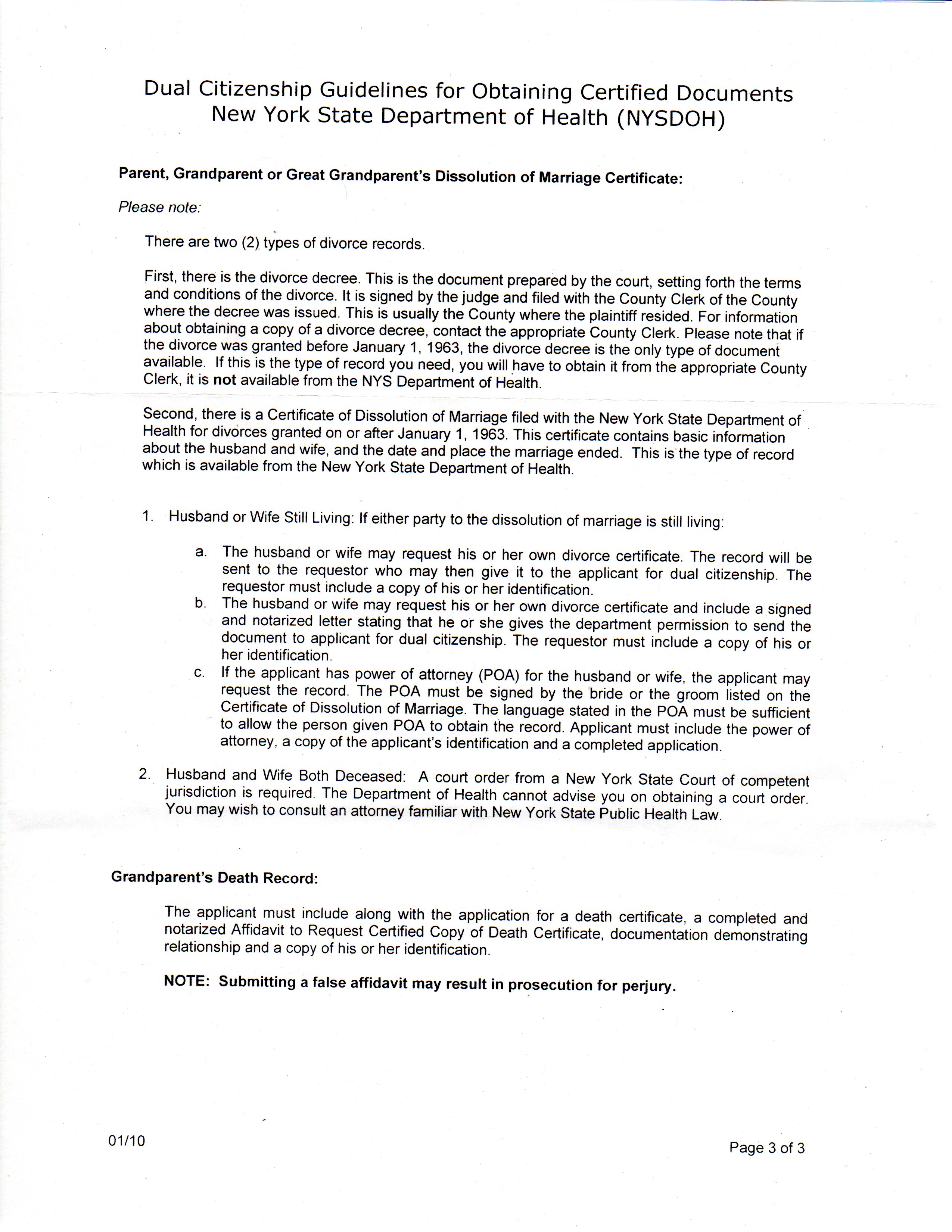 The mystery of where and when my great-grandparents were married continues.

Today I received a "NO RECORD CERTIFICATION" from the NY State Department of Health. No record of marriage was found for the period 1 Jan 1910 (before my great-grandmother immigrated) and 31 Dec 1911 (after my grandfather was born).

Next to do is see if I can search Buffalo records.

Next after that is to get a search and certification from Serradifalco (even though she lists herself as single on the immigration manifest).

I learned that before around 1915, an official marriage certificate was not required. So it's quite possible that my great-grandparents were married in the church without ever having obtained a marriage certificate. I have mailed Holy Angels and Holy Cross Roman Catholic Churches on the West Side of Buffalo to see if they could possibly search their church records for me.

One of the churches also suggested that I contact St. Joseph's and St. Anthony's in Buffalo. Both were founded in the 1800s. Particularly, St. Anthony's was the church for many Italian immigrants.

It turns out that my great-grandparents were married in Yatesboro, Pennsylvania. 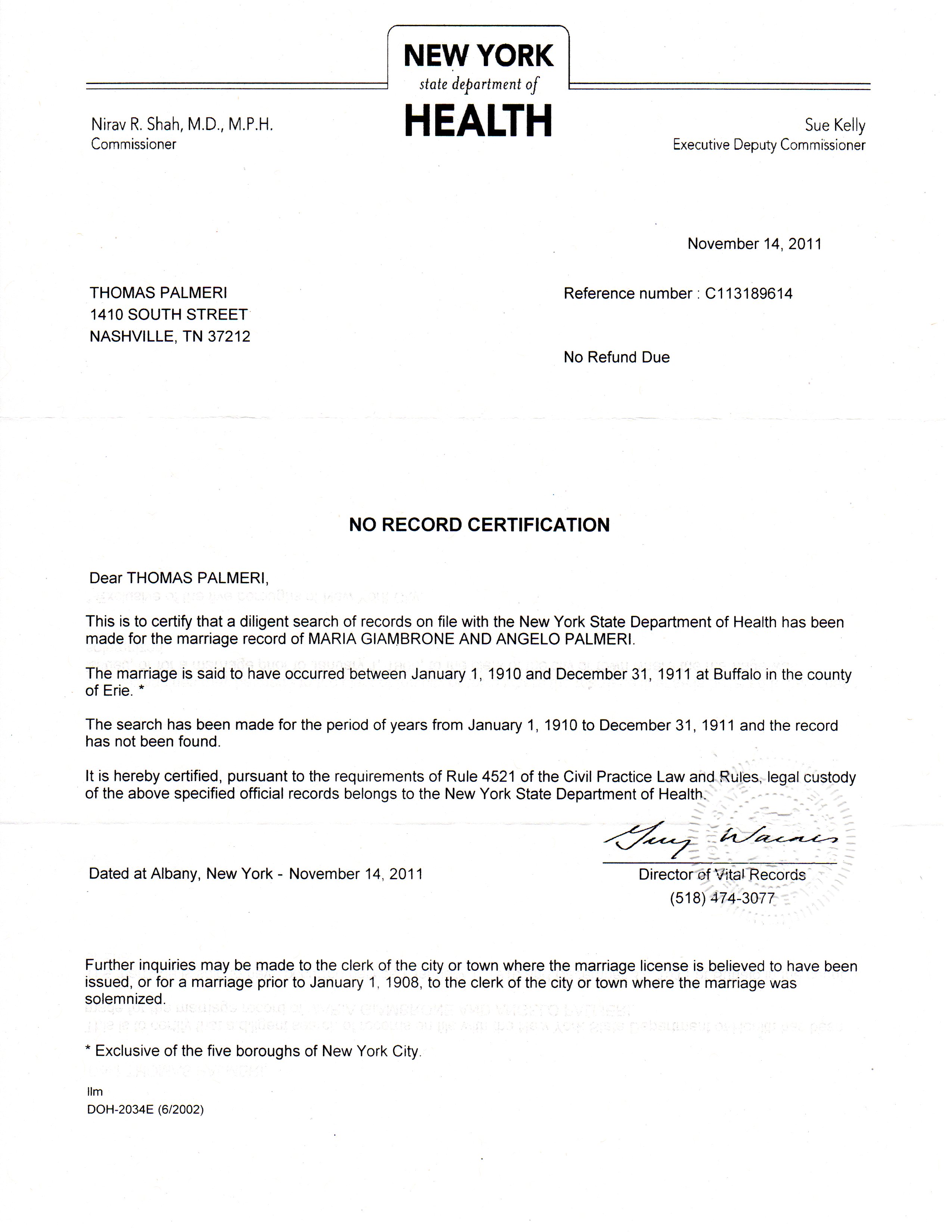 NO RECORD CERTIFICATION
for Angelo Palmeri and Maria Giambrone marriage