One advantage of searching marriage records, apart from simply finding dates of marriage, is that it lets you confirm someone's grandparents. The marriage record for someone's parents lists the bride and groom's parents.

My great-grandfather was Rosario Millonzi. His parents were Ignazio Millonzi and Rosaria Salemi. I had confirmed that earlier from his brother's death certificate, which I obtained from the City of Buffalo, and later found by great-grandfather's birth certificate. Today I found Ignazio and Rosaria's marriage record. It lists Ignazio Millonzi's parents as Cruciano Millonzi and Filippa Teresi and Rosario Salemi's parents as Maestro Giuseppe Salemi and Carmela Maggio.

From my great-grandfather's birth record, I knew the approximate birth date for my great-great-grandfather, Ignazio, because it listed his age at the time of Rosario's birth. Sometimes the birth record also lists something like "Ignazio figlio di Cruciano" or "Rosaria figlia di Giuseppe", noting the father but rarely ever noting the mother. In the case of Rosaria, there was only one birth record with a "Rosaria Salemi" abt 1853, so I knew fairly confidently that her parents were Giuseppe Salemi and Carmela Maggio. In the case of Ignazio, I was able to pinpoint the birth year and thought his father might be Cruciano. But when I searched the Montemaggiore records, I found two possible sets of parents, with the same father's name but two different mother's names. It was only by finding the marriage certificate, which lists the couple's parents, that I was able to confirm that Cruciano Millonzi married Filippa Teresi. 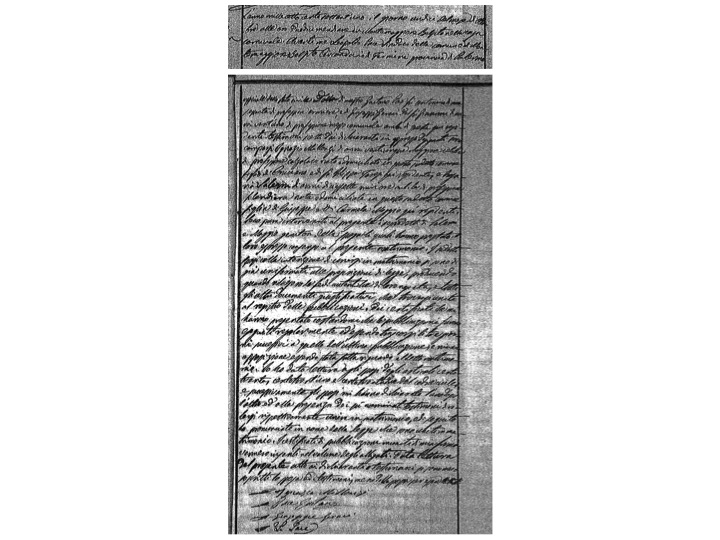 In poking around microfilm shipped to the local LDS church, I found some of my most distant Italian ancestors so far.

Here is a snapshot of Carmela Maggio's birth certificate from 1824. 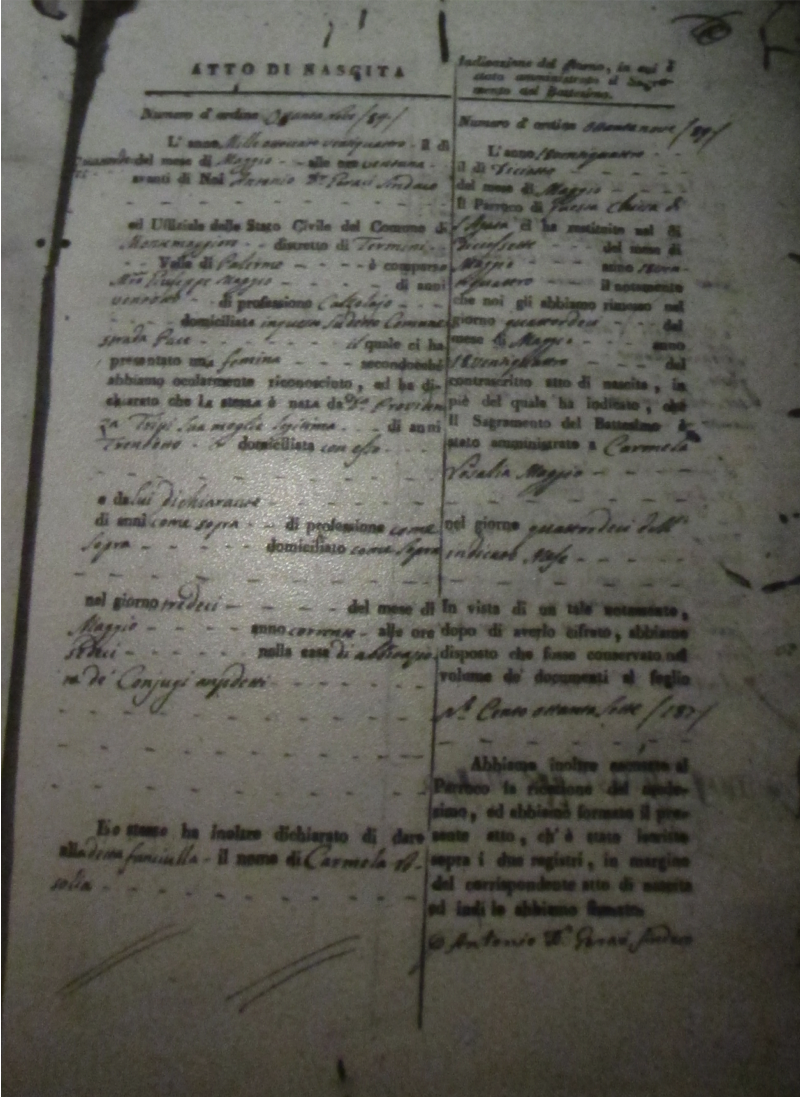