How is my name spelled?

My father always told me that it was originally spelled "Palmieri" but that in the 1930s or so one of my great-grandfather's nephews had everyone change their names to "Palmeri" in an effort to make it sound less Italian.

In fact, my grandfather's birth certificate has all the names as "Palmieri". 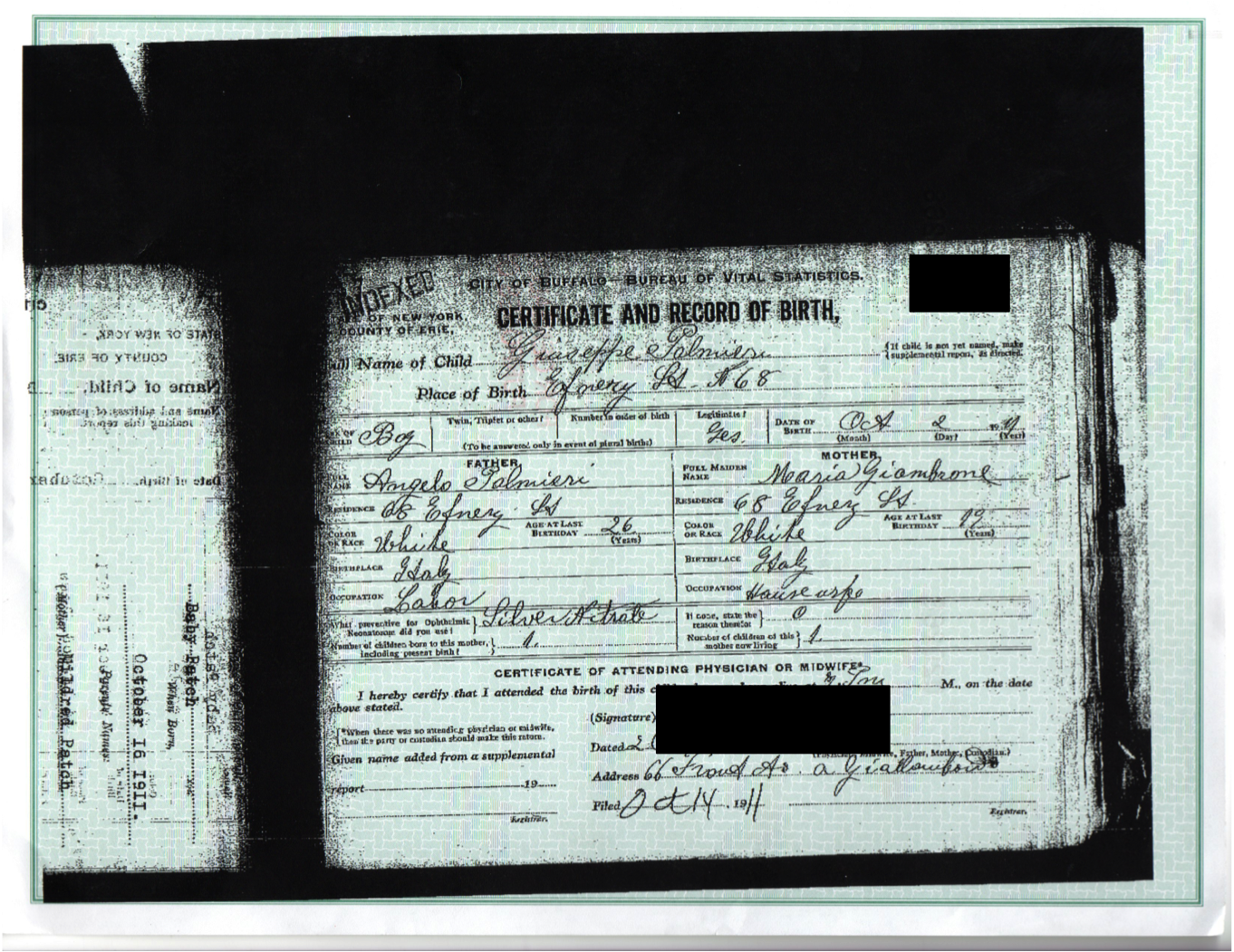 birth certificate for my grandfather, Joseph Palmeri, born in 1911 in Buffalo, NY

But as I've accumulated more records, it's become apparent that the occasional early use of "Palmieri" is probably because my great-grandfather and great-grandmother were illiterate when they came to the U.S.

The Ellis Island records all list the names as "Palmeri", not "Palmieri".

And when I asked my dad's cousin about the name originally being "Palmieri" he denied that based on what he knew. The birth record for his grandfather, Calogero Palmeri, that he obtained in Serradifalco, spells the name "Palmeri", not "Palmieri". 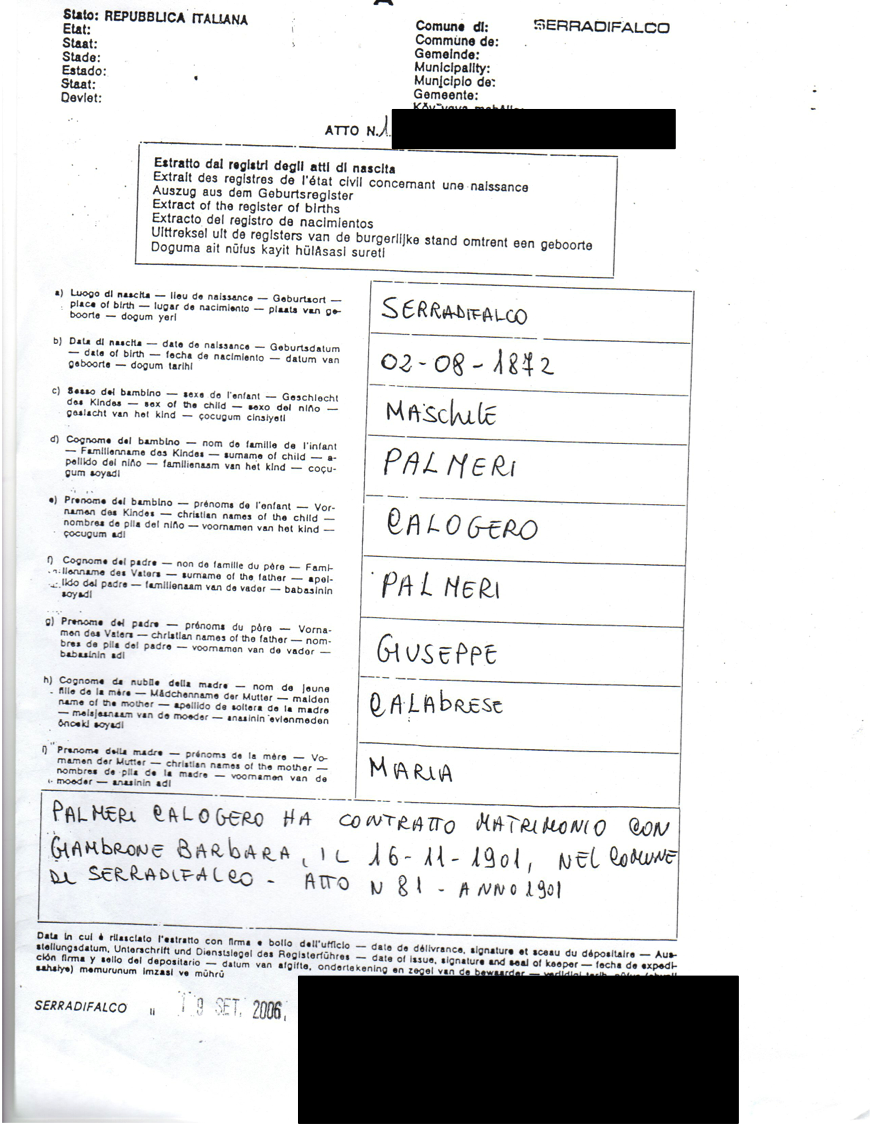 In addition, while there are apparently no longer any Palmeris in Serradifalco, there is still a street Via Palmeri in town. The image is fuzzy because this was a picture taken off of a TV set showing a VCR tape. 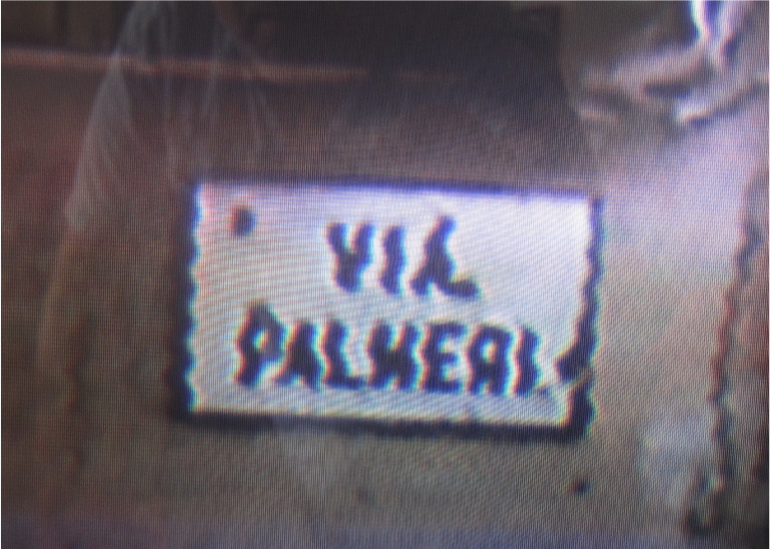 Via Palmeri, in Serradifalco, Sicily