I found the obituary for Anna G. Burke from 1962. At first, I thought this person, however unlikely, could be my great-great-grandmother. A memorial card for her funeral was in records my aunt had, and we thought (and now know) that my great-great-grandfather (Anthony Burke) had a wife named Anna.

But it turns out that this was Anthony's sister, not his wife. She must have been quite old since Anthony died in 1931 and he had outlived his brothers.

This lists her brothers as Patrick, Peter, Anthony, and Joseph. Anthony's obituary also listed a brother Michael. This lists a sister Katherine (Flynn). Anthony's listed sisters Jane and Mary. I'm going to try to get her death certificate in September, after 50 years have passed, and it becomes a public record. 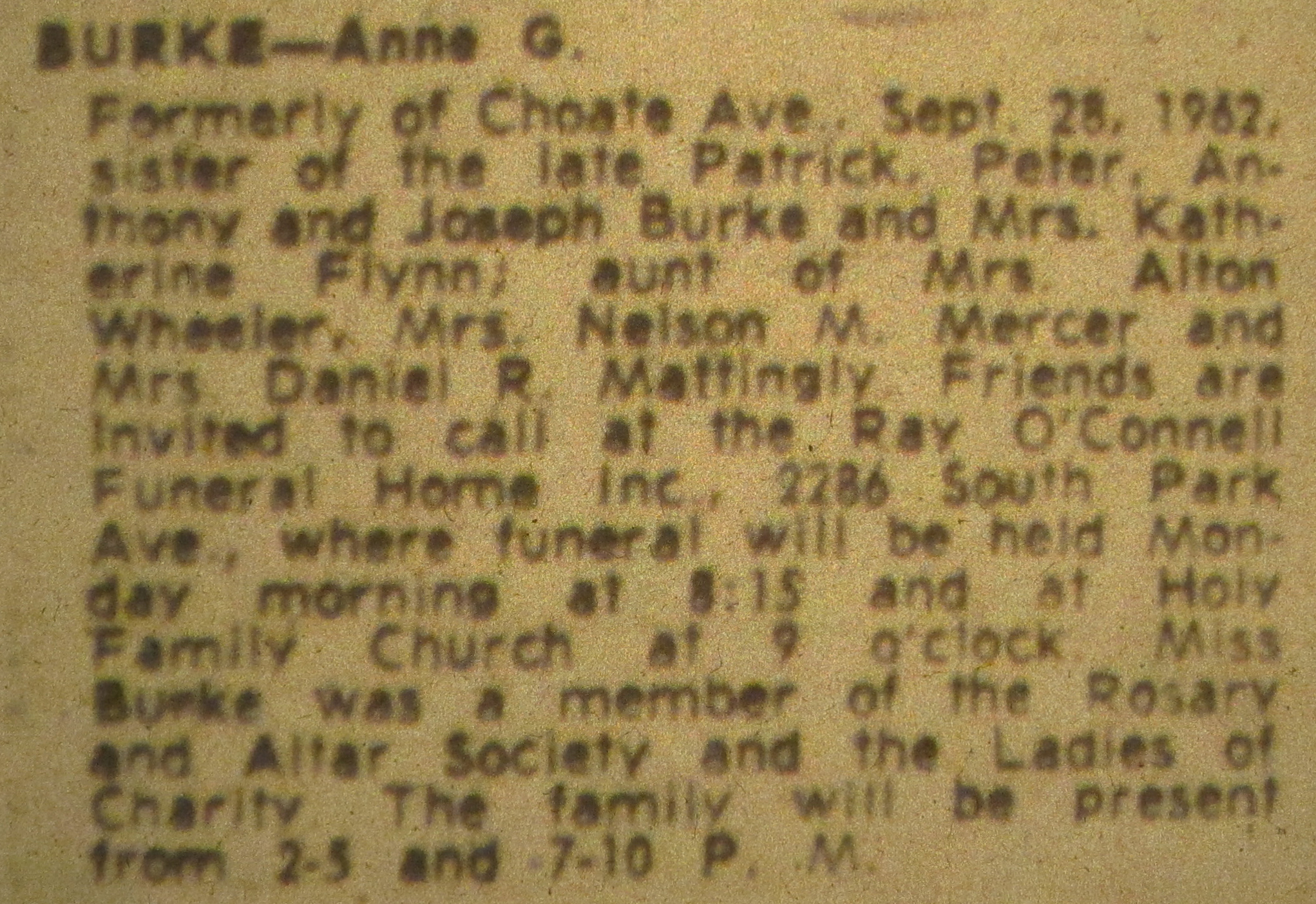