The first document is the Declaration of Intention. It states that he was of fair complexion, 5' 7", 150lbs, with auburn hair and blue eyes. He was born in Ballymena, County Antrim, Ireland on 30 Aug 1871. There is also the Petition and the Naturalization document itself.

He renounces his allegiance to "His Majesty George V, by the Grace of God, of the United Kingdom of Great Britain and Ireland and of the British Dominions beyond the Seas, King, Defender of the Faith, Emperor of India". 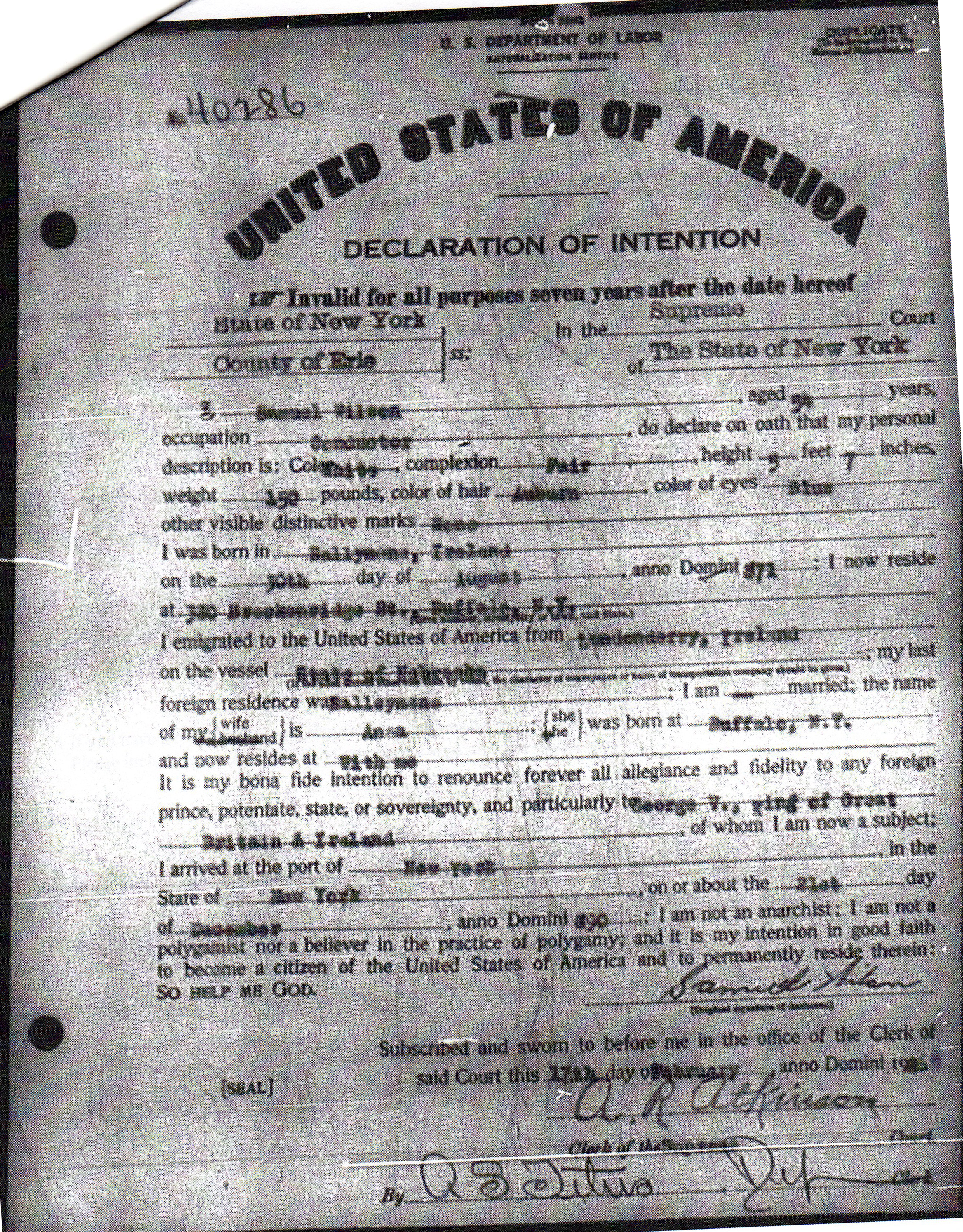 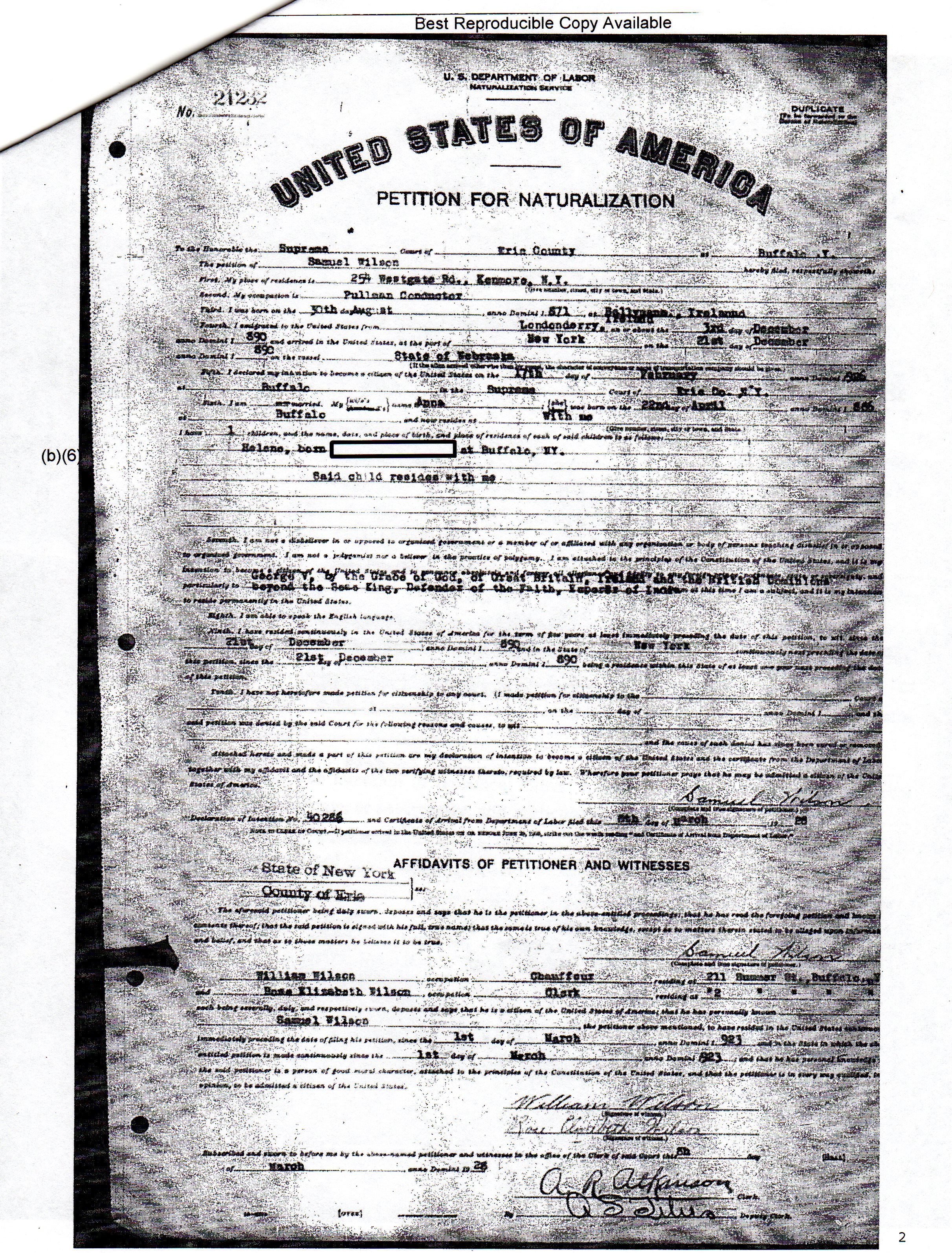 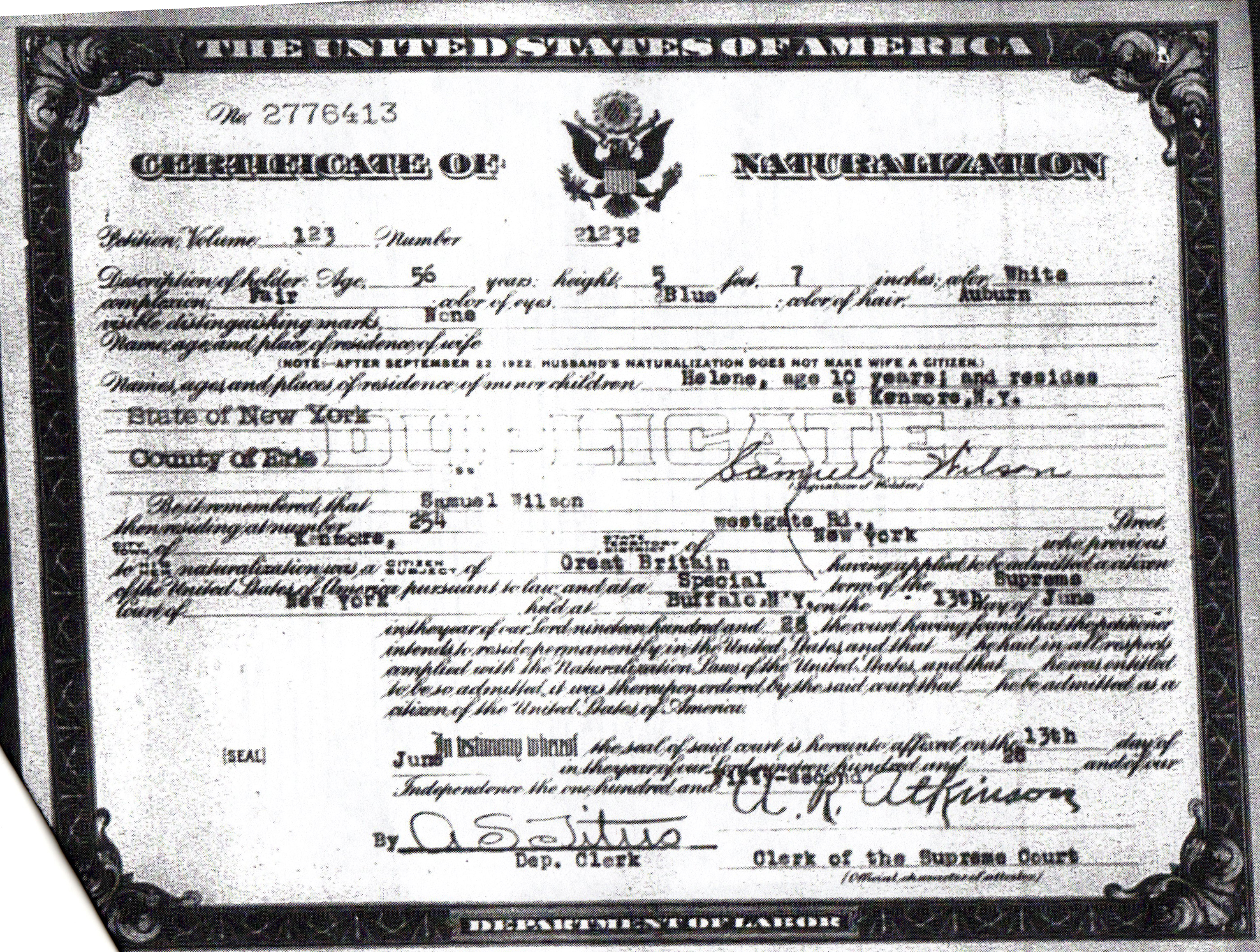