I found a marriage record for my great-great-grandparents, David Wilson and Elizabeth Gilliland, using the Irish Family History Foundation. At 5 Euros a page, it's not cheap if you need to try out many false alarms. In this case, there was only one record for the two of them, and if gave the same marriage date as familysearch.org.

It gives their marriage in Ballymena Parish in County Antrim on 29 Jan 1864. David was a farmer in Camlea and his father was James Wilson, also a farmer. Elizabeth was a spinster in Dunaird and her father was William Gillilund, a farmer. They were married in Buckna Presbyterian Church, which is to the east of Ballymena, close to Broughshane, where their oldest son, James Wilson was born the next year. It lists both as over 21, which means that both were born before 1843. 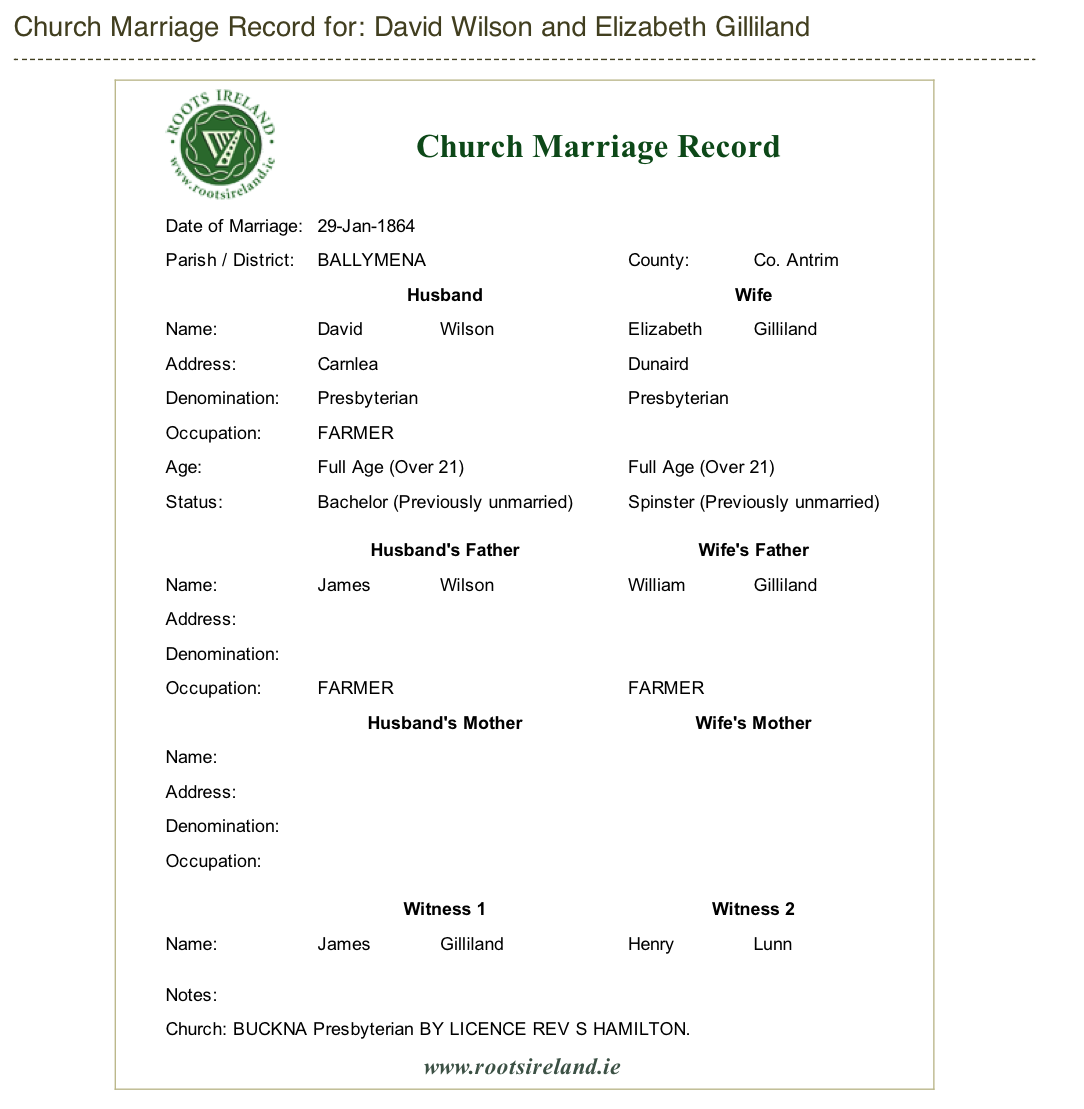 marriage record for my great-great-grandparents,
David Wilson and Elizabeth Gilliland