I thought we were all set with probably the simplest part of our application for dual citizenship: birth certificates for my wife and myself.

Well, my wife informed me that we only have short form certificates.

She learned this when she went down to the local social security office to get an error corrected on her records. It turns out they wouldn't accept her birth certificate. While it was an official copy with a raised seal, it was only a short form, not a long form, so they would not accept it. Apparently, what we both have seems to be the same kind of short-form birth certificate that President Obama originally released that the "birthers" had a cow over until he released his long-form birth certificate. 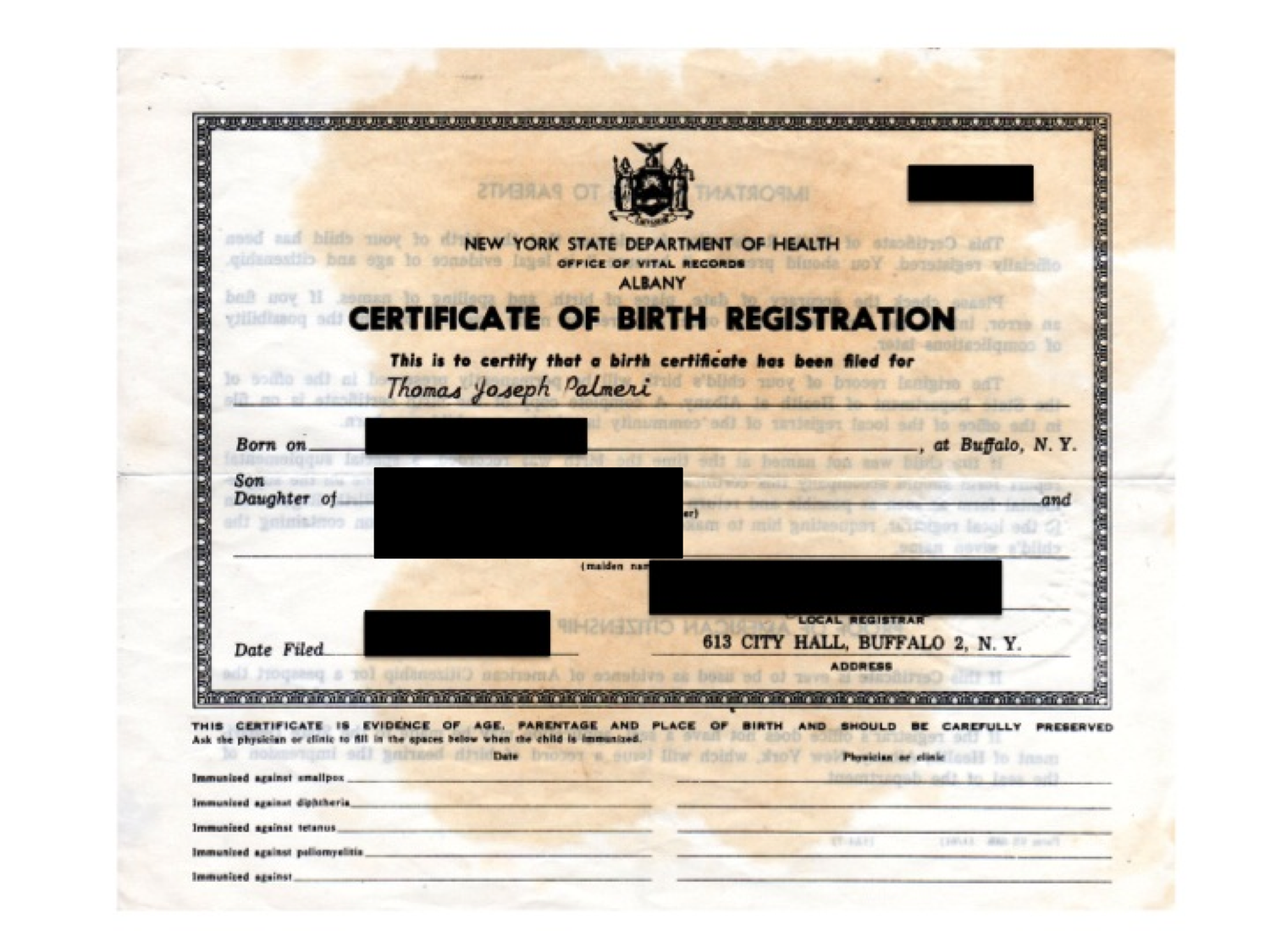 We're mailing out requests to the City of Buffalo Clerk's Office to get official, certified, long-form birth certificates today at $10 a piece.

That makes the running total cost so far $186, and we've completed just a handful of steps. And that doesn't include the money I've spent over the past few years filling in the basic genealogical information with ancestry.com subscriptions.