One lesson I've learned over the past couple of years is to regularly check ancestry.com and familysearch.org. New databases are added all the time.

I'm particularly interested in any records related to the date of my great-grandfather's naturalization. I'm 99% certain that he became naturalized after my grandfather was born. My great-grandfather came to the US around 1908. My grandfather was born in 1911. I'm pretty sure there was a waiting period before people could become naturalized. Also, the 1920 census listed him as "pa", which means that his first papers were filed (declaration of intent), but he was not yet a citizen. Only on the 1930 census is he listed as "na", which means naturalized.

But now I need to find proof. So any documentation will help.

My new search on ancestry.com brought up a pretty spartan record from something called the "U.S. Naturalization Record Index". 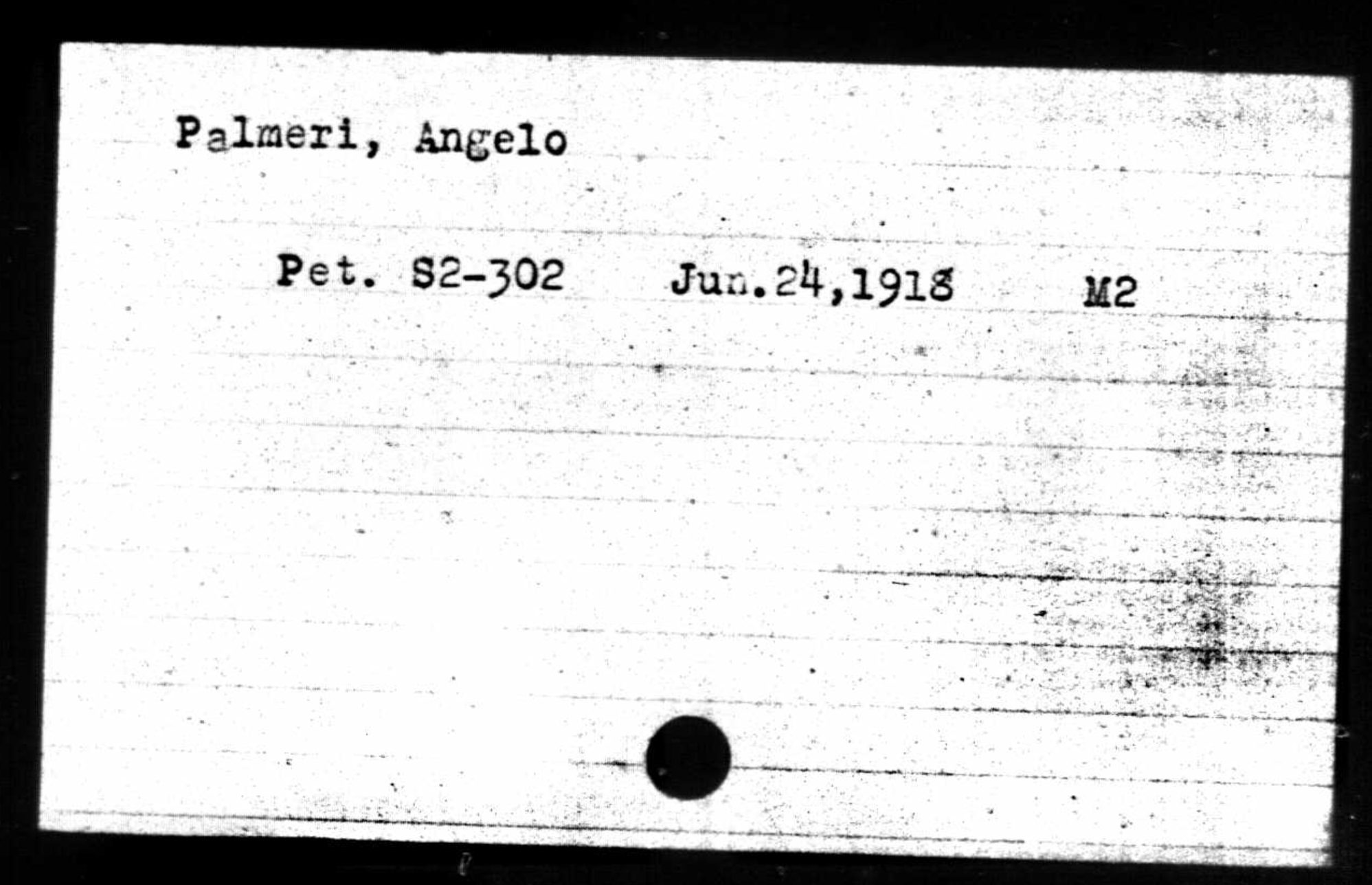 Not much to go by here. But I try contacting the National Archives in Chicago (because they were the only ones I could find easily oneline) to see if they can help find an original record to go with this index filing.

They tell me that this appears to be the naturalization of Angelo Palmeri while serving in the military during WWI. According to them, the copy of the index card, along with associated information, indicated that he was naturalized in the U. S. District Court, Western District of New York in 1918. But I needed to contact the NY office of the National Archives. I email them (twice) and am still waiting for a response.

I'm not sure if this is my great-grandfather, given that he was listed as "pa" in the 1920 census, but maybe this indexes when papers were filed not when naturalization was finalized. I also don't know whether he actually served in WWI. We'll see if they turn up anything. Leave no stone unturned.

I received a reply. It turns out this belonged to someone who is definitely not my great-grandfather:

Too bad. But now that I have a contact in the National Archives, I'm asking if they can search their records given the information I have. This is in parallel with a search request I submitted to Homeland Security. Still waiting.